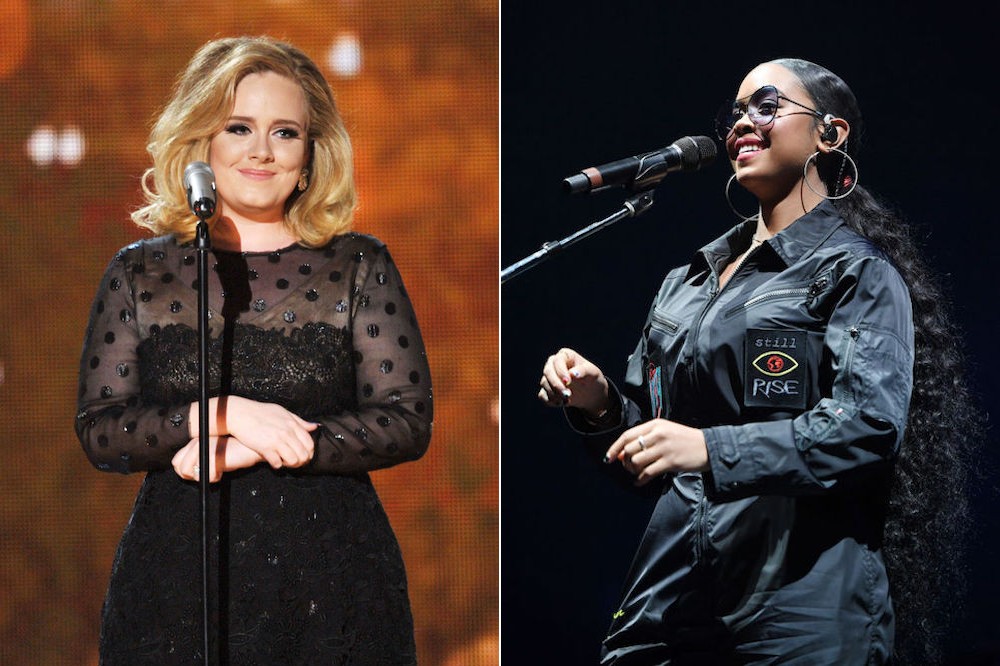 Adele is set to host Saturday Night Live next week, Oct. 24, with musical guest H.E.R. The famed singer-songwriter has been SNL’s musical guest twice in the past (in 2008 and 2015); however, this is the first time she’s been tapped for host duties. It also marks H.E.R.’s first time appearing on the sketch comedy show.

SNL kicked off its 46th season earlier this month, marking the first in-studio shows since the pandemic. Chris Rock hosted the premiere, followed by comedian Bill Burr, and most recently Issa Rae, who hosted last night.

In its first three weeks, we’ve seen some pretty stellar musical performances, too. Megan Thee Stallion gave a politically charged performance of “Savage” during Week 1, and Jack White paid tribute to Eddie Van Halen last week after filling in last minute for Morgan Wallen, who was kicked off the show after violating COVID-19 safety protocols.