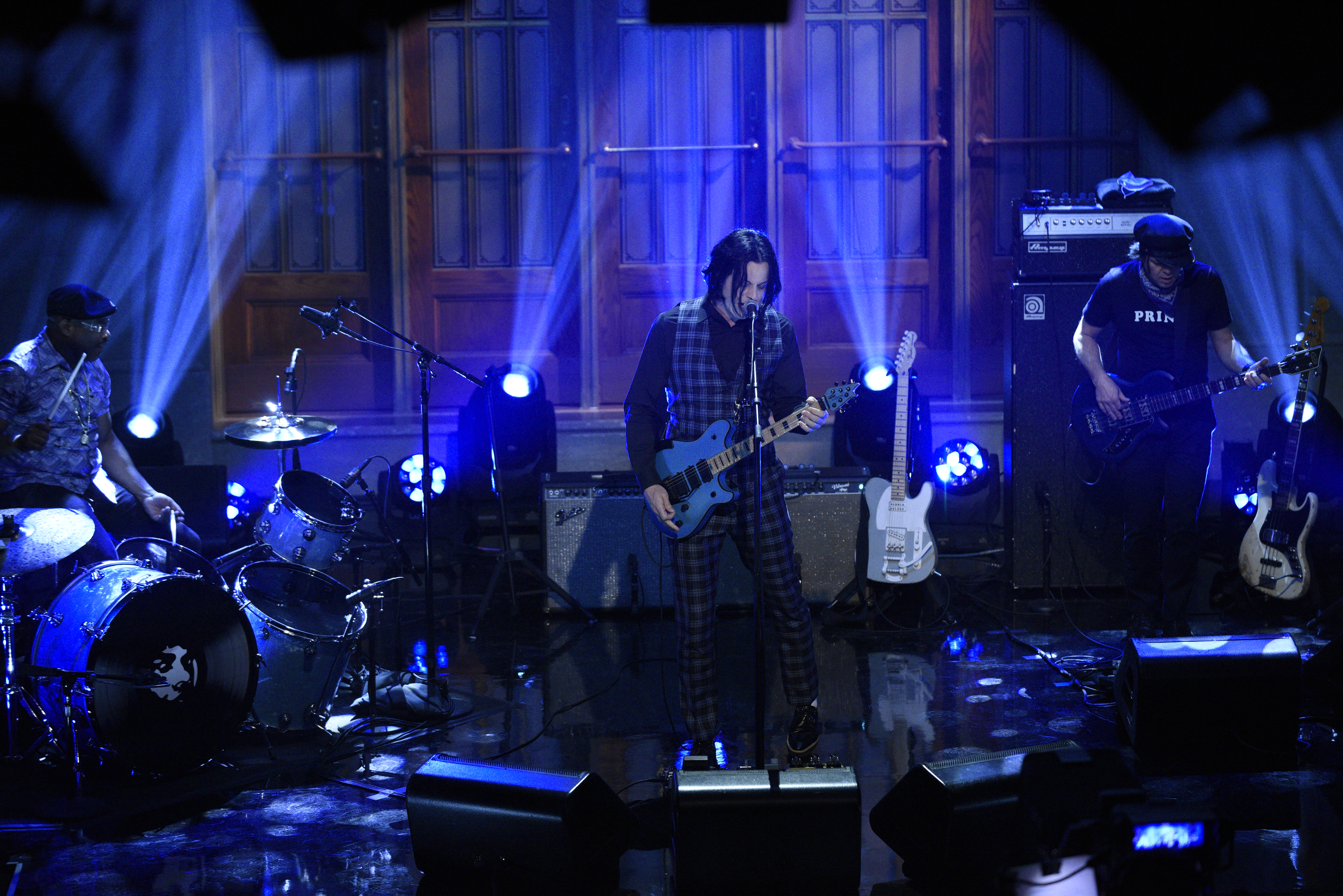 Jack White, who earlier in the day shared that he’d be playing a guitar designed by Eddie Van Halen, performed a pair of popular songs from his catalog on Saturday Night Live.

With a White Stripes greatest hits collection on the way, White performed a slightly reworked of “Ball and Biscuit” that was interspliced with Beyonce’s “Don’t Hurt Yourself” and Blind Willie Johnson’s “Jesus Is Coming Soon,” a song about the 1918 Spanish Flu pandemic. He also played “Lazaretto” from his 2014 solo album.

White was a last-minute addition to the SNL itinerary, replacing Morgan Wallen. The rising country star was kicked off the show for violating COVID-19 protocol after footage surfaced of him partying, unmasked, at a University of Alabama football game last weekend. He was joined by bassist Dominic Davis and Daru Jones on drums.

“My actions from this past weekend were pretty short-sighted, and they’ve obviously affected my long-term goals and my dreams,” Wallen said in an apology video. “I respect the show’s decision because I know that I put them in jeopardy and I take ownership for this.”

Playing SNL is nothing new for White. He performed tracks off Blunderbuss in 2012 and flexed his comedic muscle during an appearance in 2018.

Check out his performance below: