The set includes album and film of eco-minded concert, plus a making-of documentary in the studio with Crazy Horse 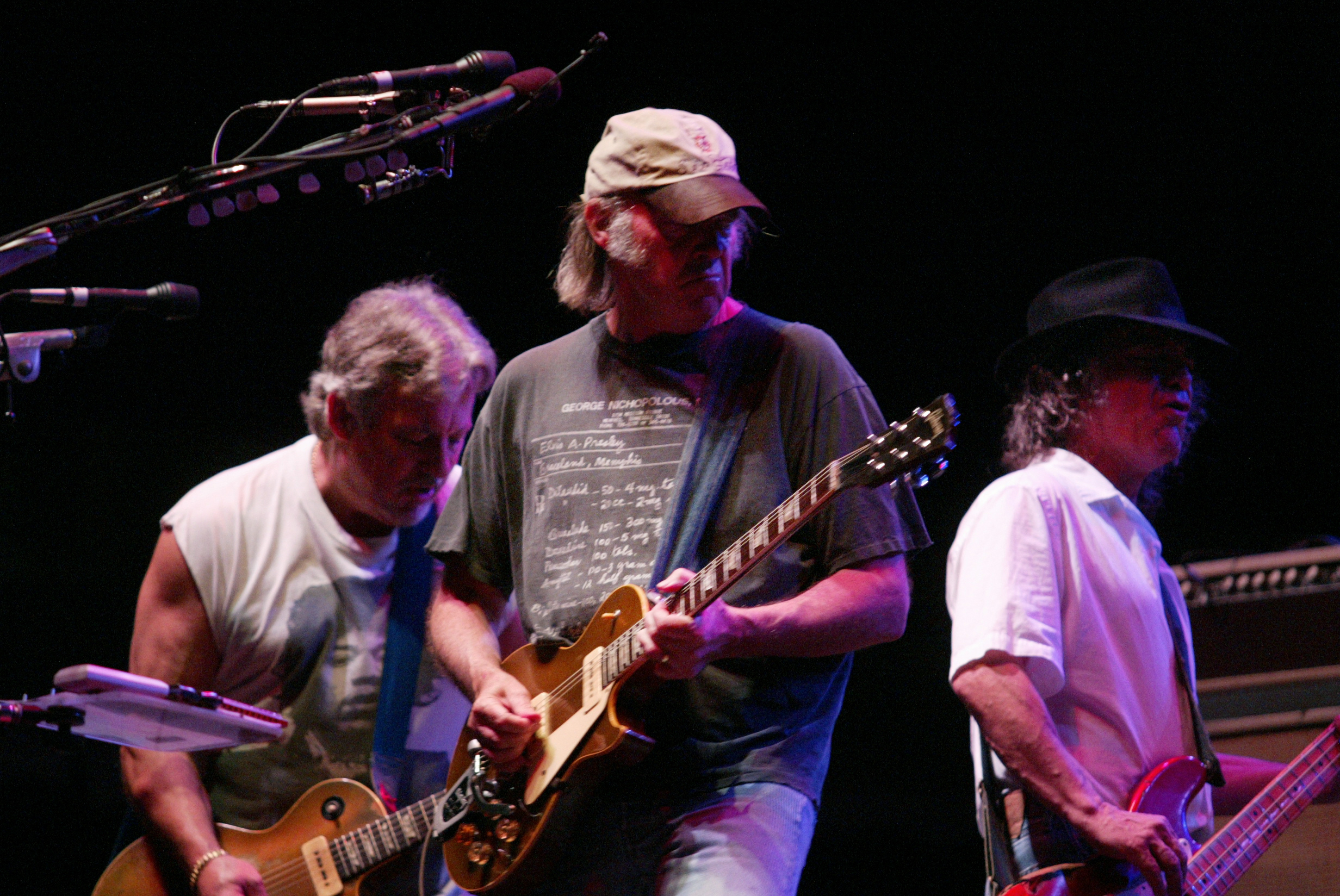 Neil Young will release Return To Greendale, a limited-edition live album and concert film box set of his 2003 Greendale concert tour. Out Nov. 6 via Reprise Records, the collection includes a Blu-ray of the full concert, two LPs and two CDs, and a DVD of Inside Greendale, a documentary of the album’s creation.

It will also be available separately on double vinyl, a two-CD set, and digitally on Neil Young Archives (NYA) and streaming services. For more info, visit Young’s site.

Inside Greendale features footage of Young and Crazy Horse in the studio, mixed with segments from 2003’s Greendale fictional film. Both Inside Greendale and the concert film are directed by Bernard Shakey and produced by L.A. Johnson (Rust Never Sleeps).

Young’s immersive, small-town rock opera tells the story of multiple generations of the Green family in a fictional California town. It features topical songs and a performance that touches on themes of environmentalism, corruption, and the destructive effects of capitalism.

This show was filmed/recorded live in Toronto with up to 18 characters and musicians on stage at any given time in order to fully play out Greendale’s narrative.

Return to Greendale tracklisting for audio and Blu-ray:

Despite being stuck at home, Neil Young’s had a busy year between his Fireside Sessions and prepping a lawsuit against Trump. He’s also been curating three new archival releases, including Archives Volume 2: 1972-1976.