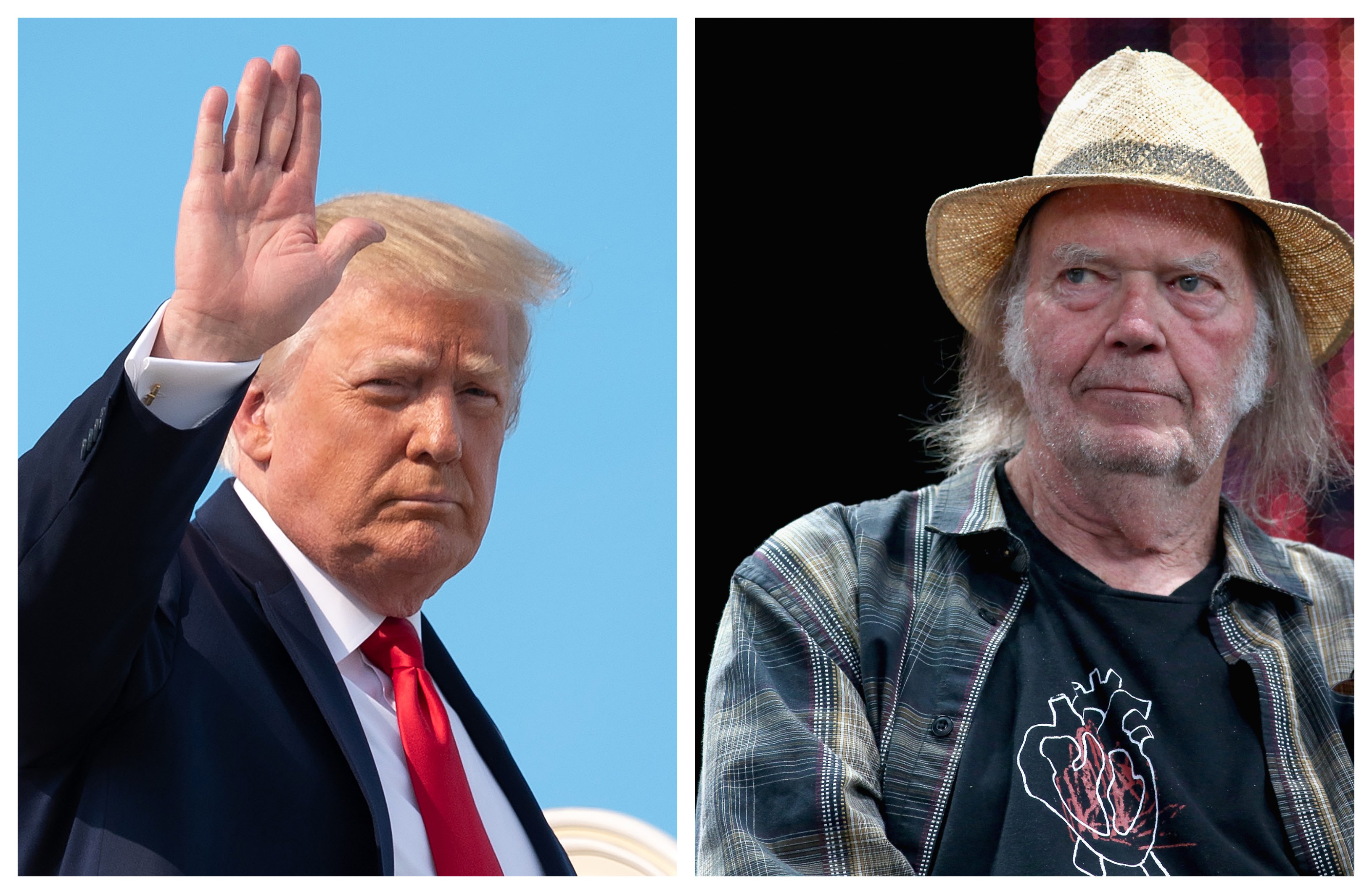 Over a week after writing that he’s “reconsidering” legal action, it looks like Neil Young is suing the Trump campaign.

On his Neil Young Archives website on Tuesday morning, Young posted what appears to be a draft of a lawsuit that claims the Trump campaign did not have a proper license to play two of his songs: “Rockin’ in the Free World” and “Devil’s Sidewalk.”

“Plaintiff in good conscience cannot allow his music to be used as a ‘theme song’ for a divisive, un-American campaign of ignorance and hate,” reads the suit, that will be filed in the Southern District of New York.

Young’s attorney confirmed to SPIN that the suit has been filed. We also reached out to the Trump campaign for further comment.

The draft of the suit points to the Trump campaign using the songs at the president’s rally in Tulsa, and at a speech at Mt. Rushmore on July 3 that provoked a response from Young at the time.

The suit says that Young’s objections to Trump’s use of the song were first expressed on June 16, 2015.

“In response, the Campaign issued a statement stating that it had procured a license to do so, thus acknowledging that it knew a license is required,” the suit says of that first incident.

However, the suit says that the Trump campaign did not have a proper license to play the songs at the Tulsa rally and Mt. Rushmore speech.

The rocker is seeking “statutory damages in the maximum amount allowed for willful copyright infringement.” That amount, for each infringement, is between $750 to $150,000.

In addition to Young, the Rolling Stones threatened to sue the Trump campaign for its use of “You Can’t Always Get What You Want” in June. “There is a provision, however, that allows BMI to exclude musical works from the license if a songwriter or publisher objects to its use by a campaign,” read a statement from the band. “BMI has received such an objection and sent a letter notifying the Trump campaign that the Rolling Stones’ works have been removed from the campaign license, and advising the campaign that any future use of these musical compositions will be in breach of its license agreement with BMI.”