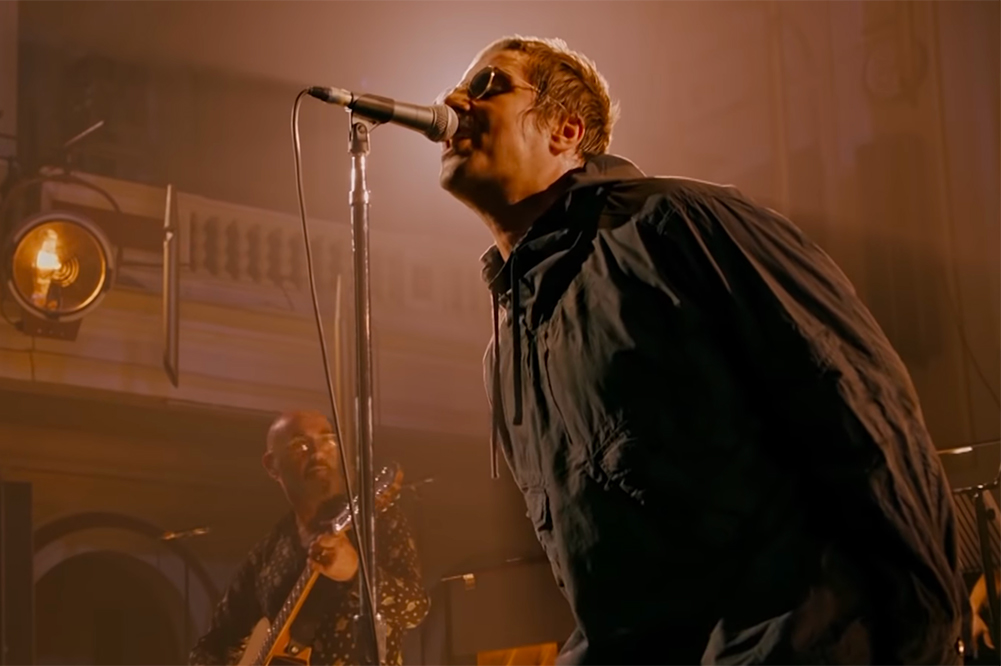 With only weeks away from the release his MTV Unplugged album, Liam Gallagher has released a clip of “Sad Song” from last year’s performance earlier today (May 29).

Taking place at Hull City Hall in Hull, England, Gallagher, his band including a strings section performed to a packed house — bringing us back to the times when being around that many people felt unifying instead of scary.

Prior to the 2019 concert, Gallagher was initially scheduled to play an Unplugged set with Oasis in 1996. However, he famously didn’t perform due to illness and also taunted his brother Noel during the show.

The first time Gallagher was scheduled to perform on Unplugged with Oasis in 1996, he famously sat out the set due to illness and taunted his brother Noel from the audience as he sang.

Aside from his upcoming release, Gallagher initially tried to show his support for the U.K.’s National Health Service by getting Oasis back together for a charity show. However since that wasn’t going to be likely, he announced that he’d be putting on a free show for U.K. healthcare workers in October.

He also turned some Oasis classics into hand washing tutorials as well as got into some old beef with Mark Lanegan. If you’re into Gallagher’s salty words towards his brother, you’ll want to check out this.

Liam Gallagher: MTV Unplugged is out on June 12. You can find out more information about how to buy your copy and album bundles on his website.