The blink-182 drummer played along to Miller's 'What's The Use?' while quarantining at home. 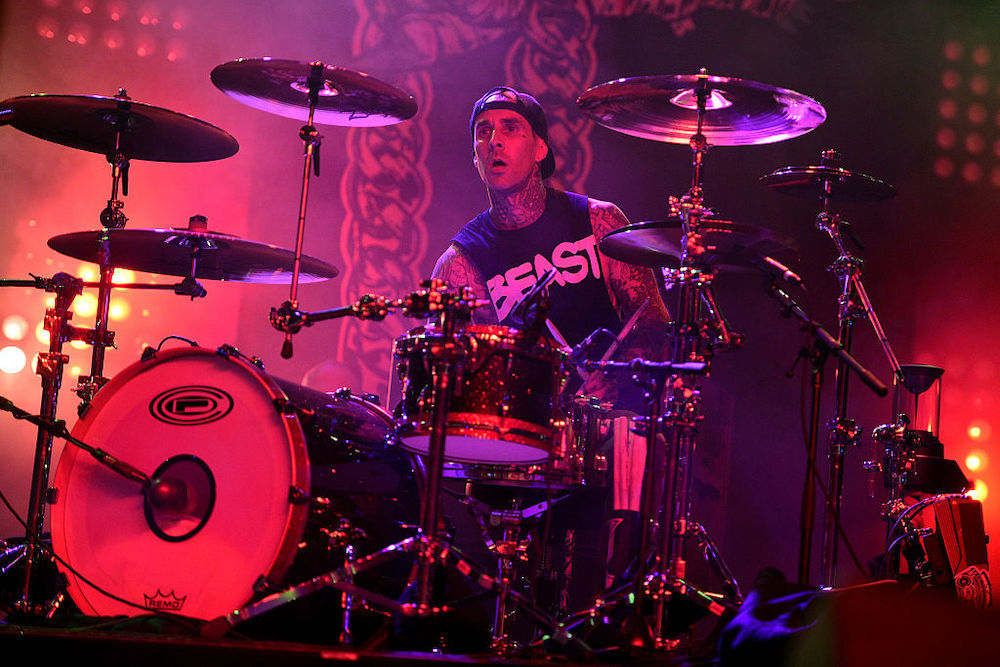 Travis Barker has been doing what he does best while self-quarantining at home: adding epic drum parts to some of his favorite songs. On Saturday, the blink-182 drummer shared a video of him playing along to Mac Miller’s “What’s The Use?” off Swimming, the rapper’s last album before his death in 2018.

Though the selection may seem like a head-scratcher for the punk rock icon, it’s actually right up his alley. When Barker isn’t keeping the beat for blink, he’s collaborating with rappers.

During an interview with SPIN last summer, the drummer explained the biggest differences between working with rappers and a band. “With rap music, I can come up with an idea and have a finished song mixed and mastered within two hours,” he said. “With a band, I’m sitting there and a bass player is playing the bass part, the guitar player is playing his guitar part, people are riffing back and forth with melodies for vocals. I’ve been in rap sessions where I’m finished in a matter of two to three hours tops, so it’s way different and spontaneous.”

Miller died in September 2018 of a drug overdose. He was 26 years old. Earlier this year, his estate released Circles, the rapper’s first posthumous album.

“Swimming in Circles was the concept,” Miller’s family said in a press release. “He had been working with [producer] Jon Brion, who after hearing some early versions of songs, cleared his calendar to help Malcolm fine-tune them. After his passing, Jon dedicated himself to finish Circles based on his time and conversations with Malcolm.”