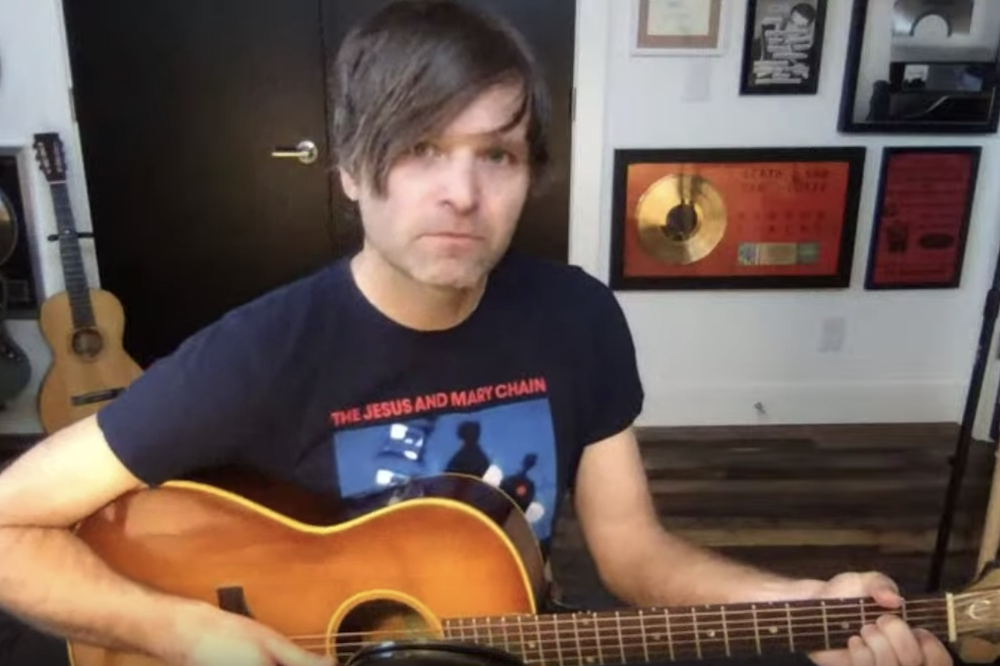 Ben Gibbard has been livestreaming concerts from his home studio all week, and while most sessions have included a cover, the Death Cab For Cutie band leader announced on Thursday that his Sunday broadcast would be dedicated to covers, all requested by fans. Today, he delivered.

The 10-song set included covers by an eclectic group of artists. He started with John Lennon’s “Isolation” — an appropriate choice. “It’s not ‘Imagine.’ I think we can all agree that song’s suffered enough in the past week,” he joked before playing, taking a jab at Gal Gadot and her famous friends’ ill-received cover of the song. From there, he put his spin on his Postal Service bandmate Jenny Lewis’ “Silver Lining,” as well as songs by everyone from Phoebe Bridgers to Bob Dylan. He even covered “The Night The Skeletons Came to Life” from Tim Robinson’s I Think You Should Leave sketch show.

In the middle of the set, Gibbard took some time to answer questions ranging from what show he’s binge-watching during quarantine to what he studied in college. Like with every livestream, the singer also encouraged viewers to donate to an organization — countrydoctor.org, a local Seattle community clinic.

At the end of the show, Gibbard revealed he’d be dedicating every Sunday to an all-covers set. Watch his stream and check out the full setlist below.

John Lennon – “Isolation” Jenny Lewis – “Silver Lining”
Big Star – “Thirteen”
Elliot Smith – “Waltz #2”
Phoebe Bridgers – “Motion Sickness”
Bob Dylan – “If Not For You”
The Shins – “New Slang”
Def Leppard – “Hysteria”
“The Night The Skeletons Came to Life” from I Think You Should Leave
The Flaming Lips – “Do You Realize?’