"I may owe Colin a tad bit of publishing for that," he quipped of the song 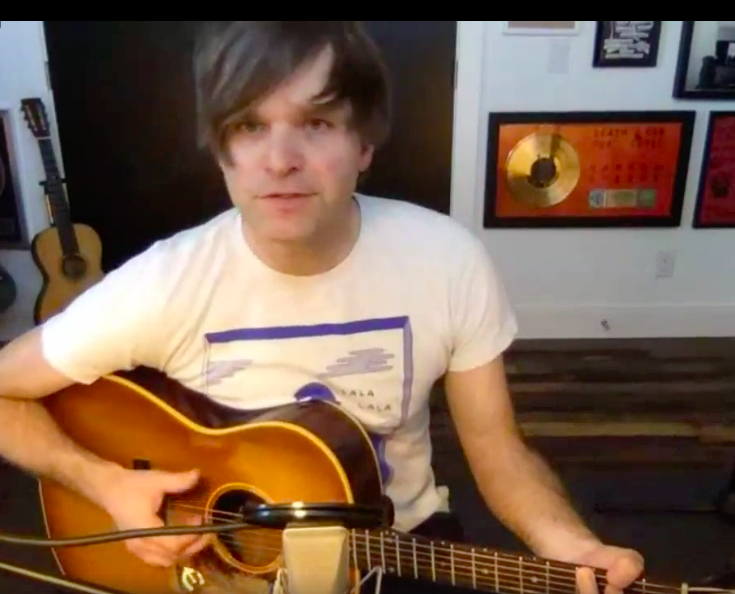 On the third day of his livestreaming series, Ben Gibbard busted out a cover from The Decemberists, his fellow Pacific Northwesterners.

“I remember when they were first making waves, going to see them play here in Seattle at what is now the Chop Suey (it used to be called the Break Room),” he recalled. “We had been hearing about this band — and hearing that they’re really great. But at this time — it was maybe 2000, 2001 — hearing a band sounding like its early stages was not as accessible as it is now. I remember they started out with this tune and it blew me away.”

He then went into “Grace Cathedral Hill” from 2002’s Castaways and Cutouts.

The acoustic number had the same vibe as the original, and Gibbard dropped a few nuggets about the song, in particular, how much he enjoyed the idea of being on a motorbike and the “city lights blind your eyes tonight.”

“I think I owe Colin a tad bit of publishing for that,” Gibbard quipped, saying that the song was the inspiration for Death Cab for Cutie’s “Brothers on a Hotel Bed.”

Check out the full performance below: