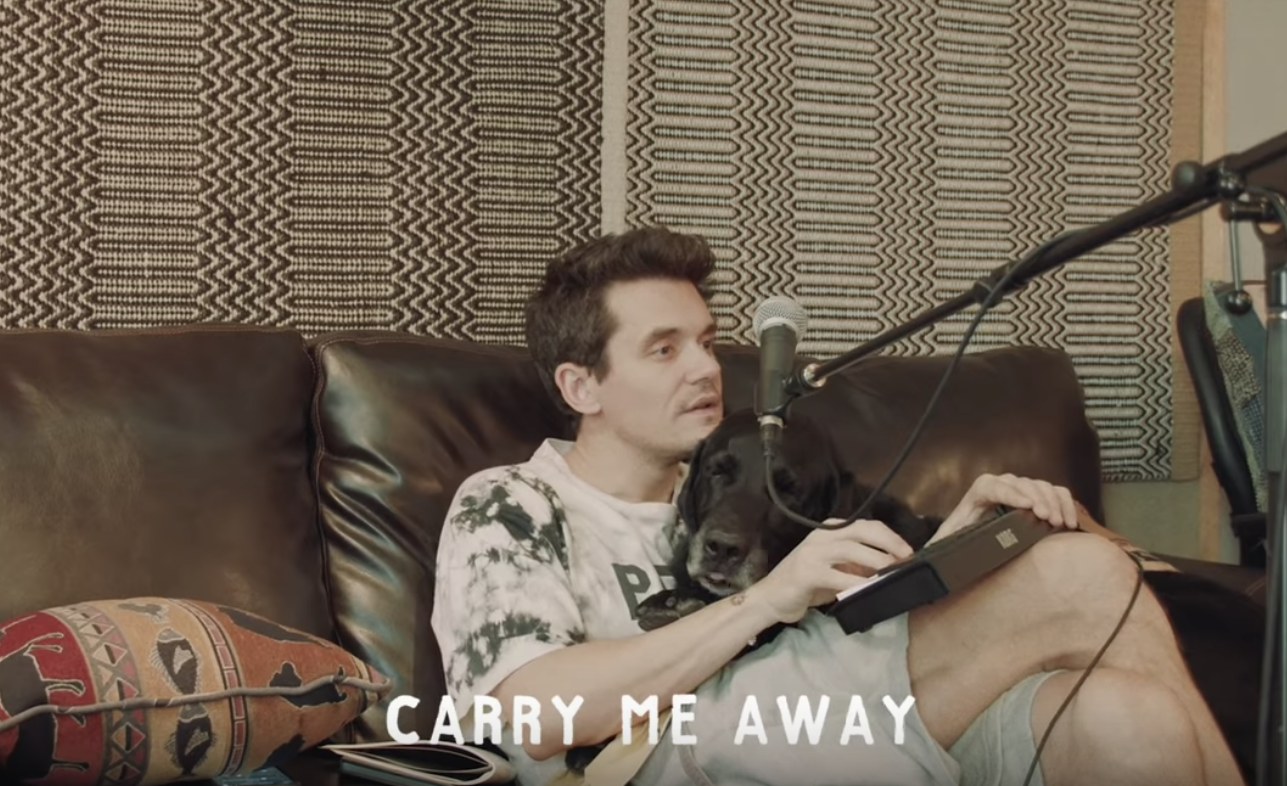 John Mayer’s latest solo album The Search for Everything dropped in 2017, but now the guitarist and songwriter has released another new single.

Titled “Carry Me Away,” the track is joined by light-hearted music video, which documents Mayer process in the studio. “Can I just start giving you pieces to put in there,” he says to an off-camera producer in the beginning of the clip. Eventually, Mayer’s dog shows up, and the two embrace while Mayer continues to tinker away on his composition. The remainder of the video documents the many hours that went into the recording sessions for the song, as Mayer is joined by countless producers and session musicians who each lend something new to the track.

In the two years since his most recent album, Mayer has continued to release new music, most recently in the form of the single “I Guess I Just Feel Like,” which dropped back in February. Last year, he released another one-off single called “New Light,” which also got its own hilarious music video.

Check out his new song “Carry Me Away” below.