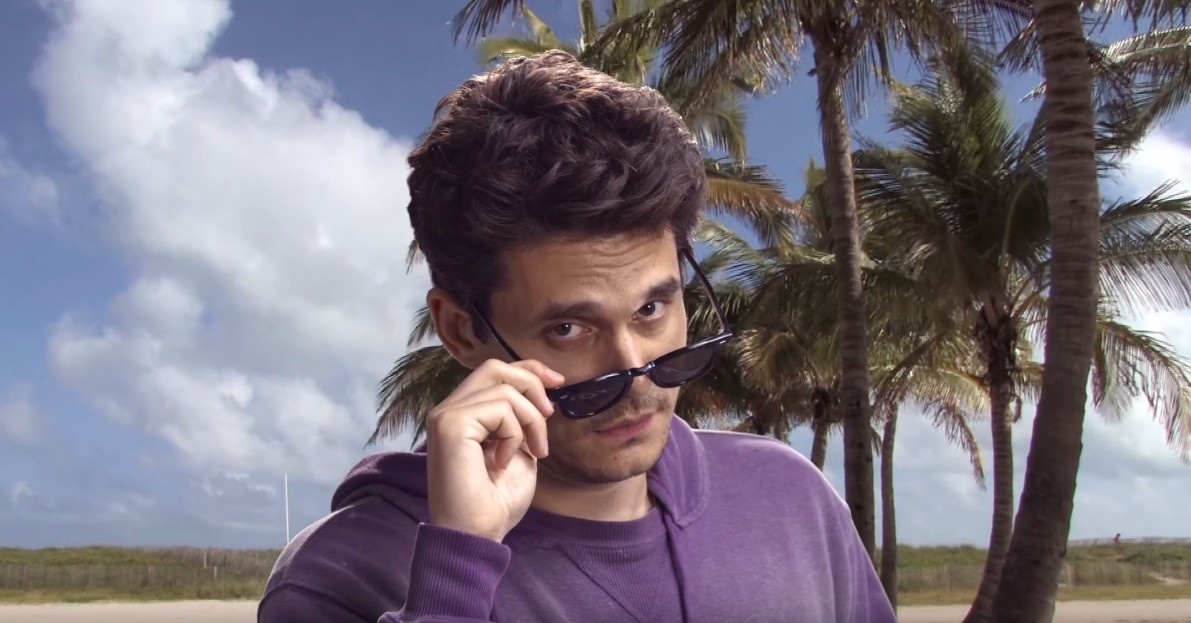 John Mayer stars in his own bizarre version of a Tim & Eric sketch for the video to “New Light.” The disco-infused record produced by Hip-Hop stalwart No I.D. gets a great visual treatment, with Mayer in all his goofy charm transposed through various green screen images. The video, directed by Fatal Farms, has Mayer frolicking through beaches, lakes, and empty dancefloors, driving down the streets of California with a bikini-clad model, and being plopped right into the middle of Times Square. Throughout it, Mayer is doing his best deadpan comedy, some purposely terrible dancing, and elongated stares into the camera. Mayer is also in full “Streetwear Jerry” mode–as we here at Spin lovingly refer to him–with his bleached purple hoodie, cool dad sneakers, and plaid paints. He’s having a very good time. There are no announcements yet about a larger project from Mayer coming, but he will be joining Dead & Company on their summer tour. His last album was 2017’s The Search For Everything. Watch the new video below.