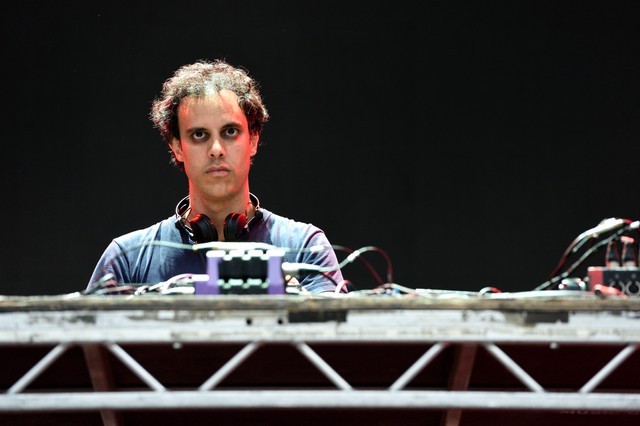 Four Tet has released a new EP titled Anna Painting in collaboration with London-based painter and his childhood friend Anna Liber Lewis. The producer composed the project’s techno-minded first two songs for Lewis’ studio, and the ambient third track in response to the work that she produced as a result. The pair first unveiled the music and accompanying paintings as part of Lewis’ January exhibition at London’s Elephant West gallery, with whom they also spoke about their relationship and collaborative process.

“Anna told me that she had started listening to music in the studio more, and the obvious thing was that I would make music that she would listen to while she made art,” Four Tet said in a joint interview. “She was interested in themes that referenced our teenage past; we’re both nostalgic about that time and, like her, I lean towards more emotional and melancholic depth in my work. What’s being evoked here is the joy of how good that time was, and the melancholy of a time that’s gone.”

Four Tet has released three other singles this year: “Teenage Birdsong,” “Dreamer,” and a rework of Nelly Furtado’s “Afraid” titled “Only Human.” He also released a live album last month that was recorded during a DJ set at London’s Alexandra Palace in May.