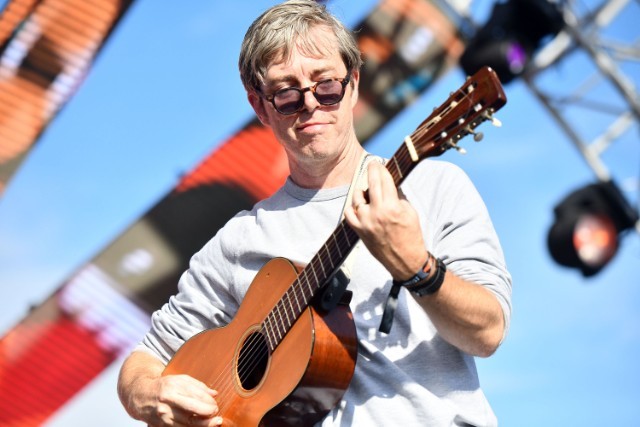 Bill Callahan paid tribute to the late Silver Jews and Purple Mountains singer-songwriter David Berman at a New York City show last night. Callahan covered “I Remember Me” from Silver Jews’ 2001 album Bright Flight and “Trains Across the Sea” from the band’s 1994 debut Starlite Walker. “With David’s gone, everything’s different,” Callahan said before launching into the spare opening verse of “I Remember Me.”

Callahan and Berman were longtime Drag City label mates. At the time of the latter’s passing, Callahan wrote on Twitter: ““The world is and will always be a David Berman lyric. I miss you so much, David.”

David Berman passed away at the age of 52 earlier his month. His cause of death was ruled as suicide. His widely acclaimed final album as Purple Mountains was released the previous month. Read our review of that album here, and our afterword for David Berman, “David Berman: An Evolution in 11 Songs,” here.

You can watch Callahan, who is touring behind his June album Shepherd in a Sheepskin Vest, cover “I Remember Me” and “Trains Across the Sea” below.