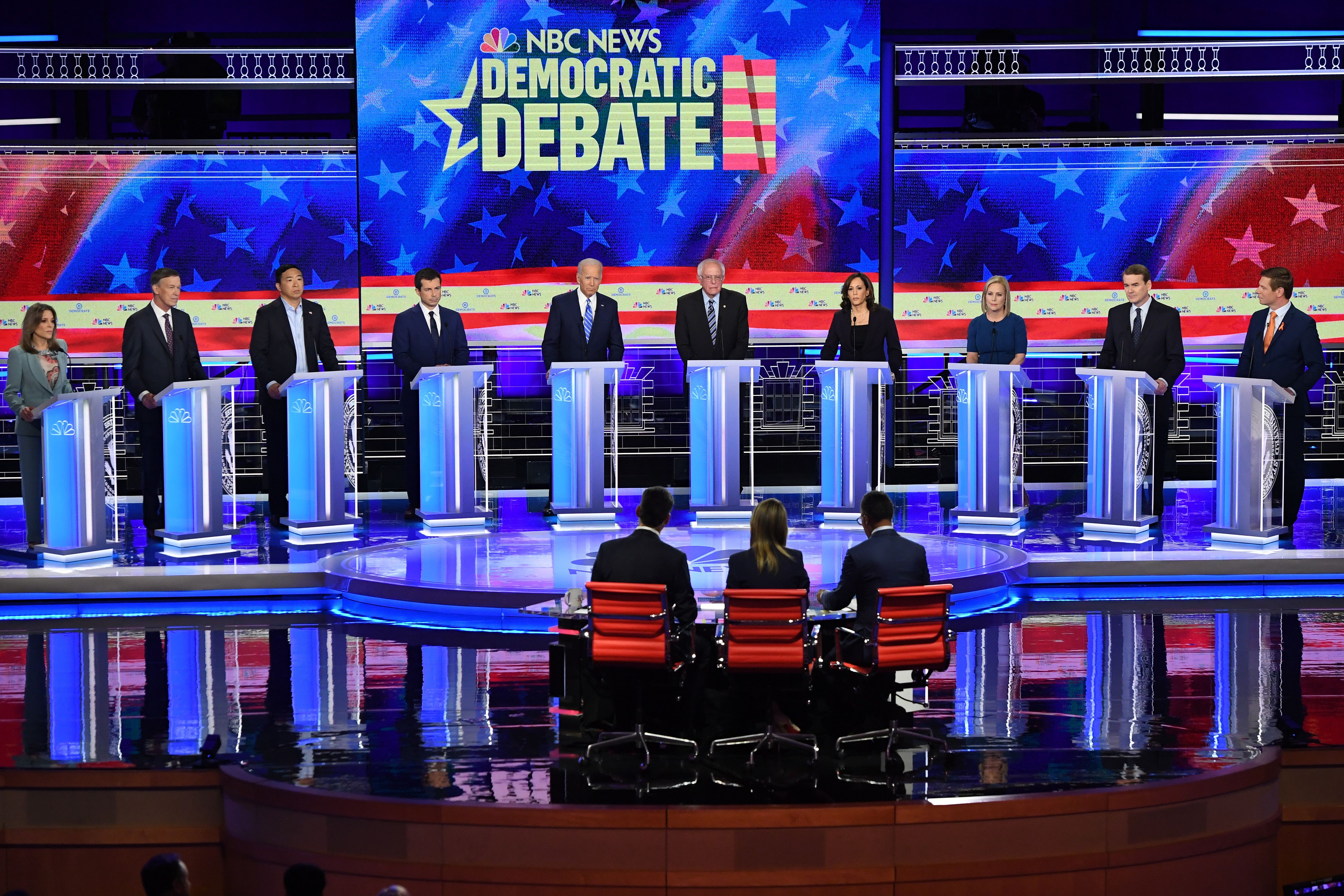 The second group of Democratic presidential hopefuls tackled hot-topic subjects from health care reform to national security to racism and beyond on Thursday, June 27, the second night of the Democratic debate in Miami.

Just as on the first night—which you guys declared Warren the winner of— candidates had 60 seconds to answer the moderators’ questions. But unlike the previous evening, the presidential hopefuls interrupted with raised voices and talked over each other a lot more.

As they bickered, Donald Trump, who is in Japan for the G20 Summit, watched—and surprise, surprise—tweeted. He especially took issue when the candidates raised their hands to indicate they would support providing health insurance to undocumented immigrants. “All Democrats just raised their hands for giving millions of illegal aliens unlimited healthcare,” he wrote. “How about taking care of American Citizens first!? That’s the end of that race!”

After the second night of debating, who do you think came out on top in round 2?