Video: Girlpool – “Minute In Your Mind” 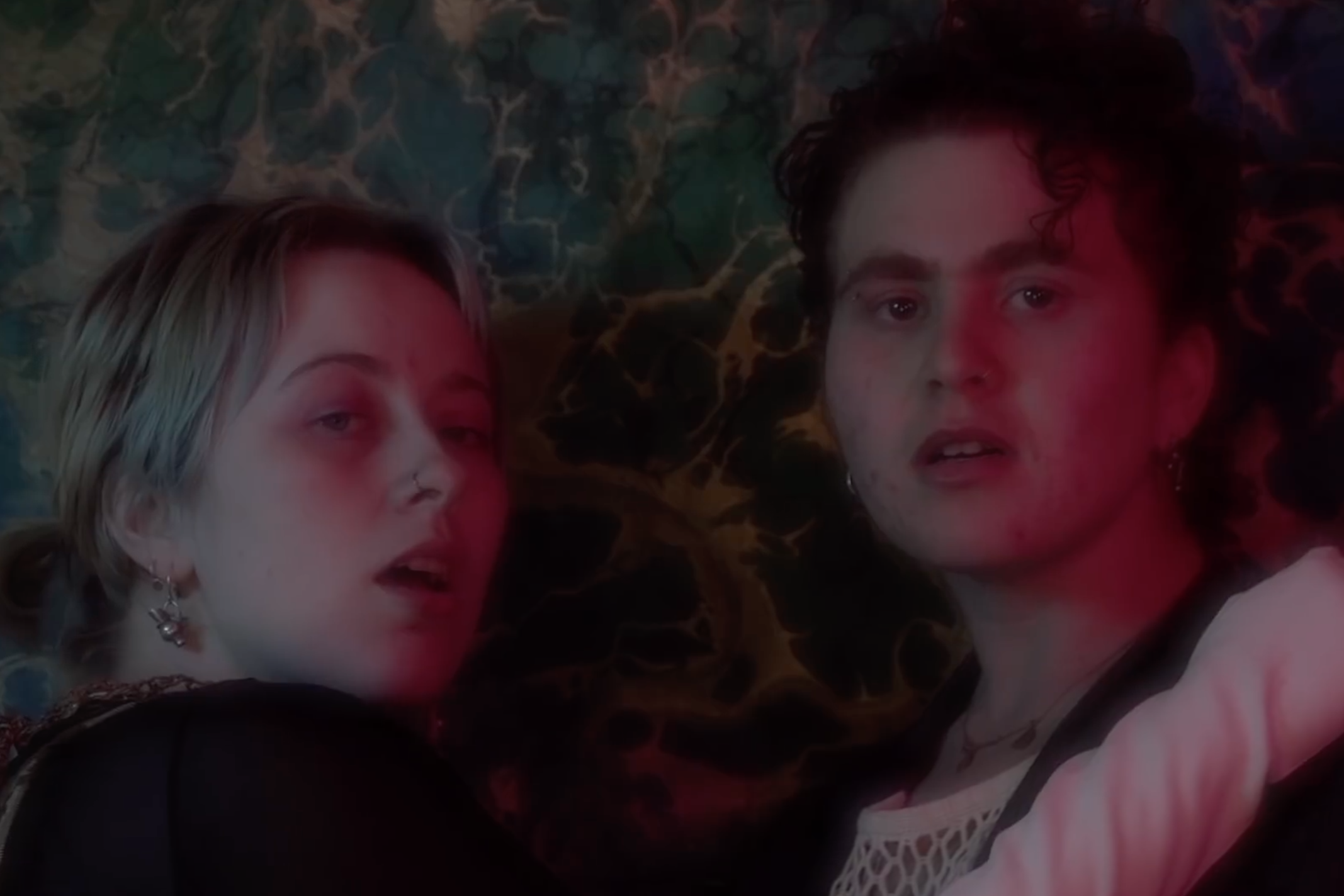 Girlpool have shared the music video for their song “Minute In Your Mind,” off their recent album What Chaos Is Imaginary. “Minute In Your Mind” is a dreamy, Beach House-adjacent pop song, and the video stays true to that aesthetic with thick splashes of neon that periodically cloud and uncloud the frame. It’s a relatively synth-heavy track, too, and a showcase for some of Harmony Tividad and Cleo Tucker’s more rousing vocal harmonies.

What Chaos Is Imaginary was released on Anti- back in January, and features the singles “What Chaos Is Imaginary,” “Lucy’s,” “Where You Sink,” and “Hire.” The duo also released “Picturesong” as a one-off last year, with prominent instrumental contributions from Blood Orange’s Dev Hynes; it’s available for purchase as a cool clear cassette tape on Girlpool’s site. Earlier this month, Girlpool wrapped a lengthy U.S. tour with Hatchie. But if you missed out on those shows, fret not—they have a couple more international tour dates coming up later this year, with stops in Paris, London, Leeds, Cambridge, and Amsterdam. Find their full list of tour dates over at their official site, and check out the new music video for “Minute In Your Mind” below.

Girlpool – “What Chaos Is Imaginary”

Girlpool – “Lucy’s” and “Where You Sink”