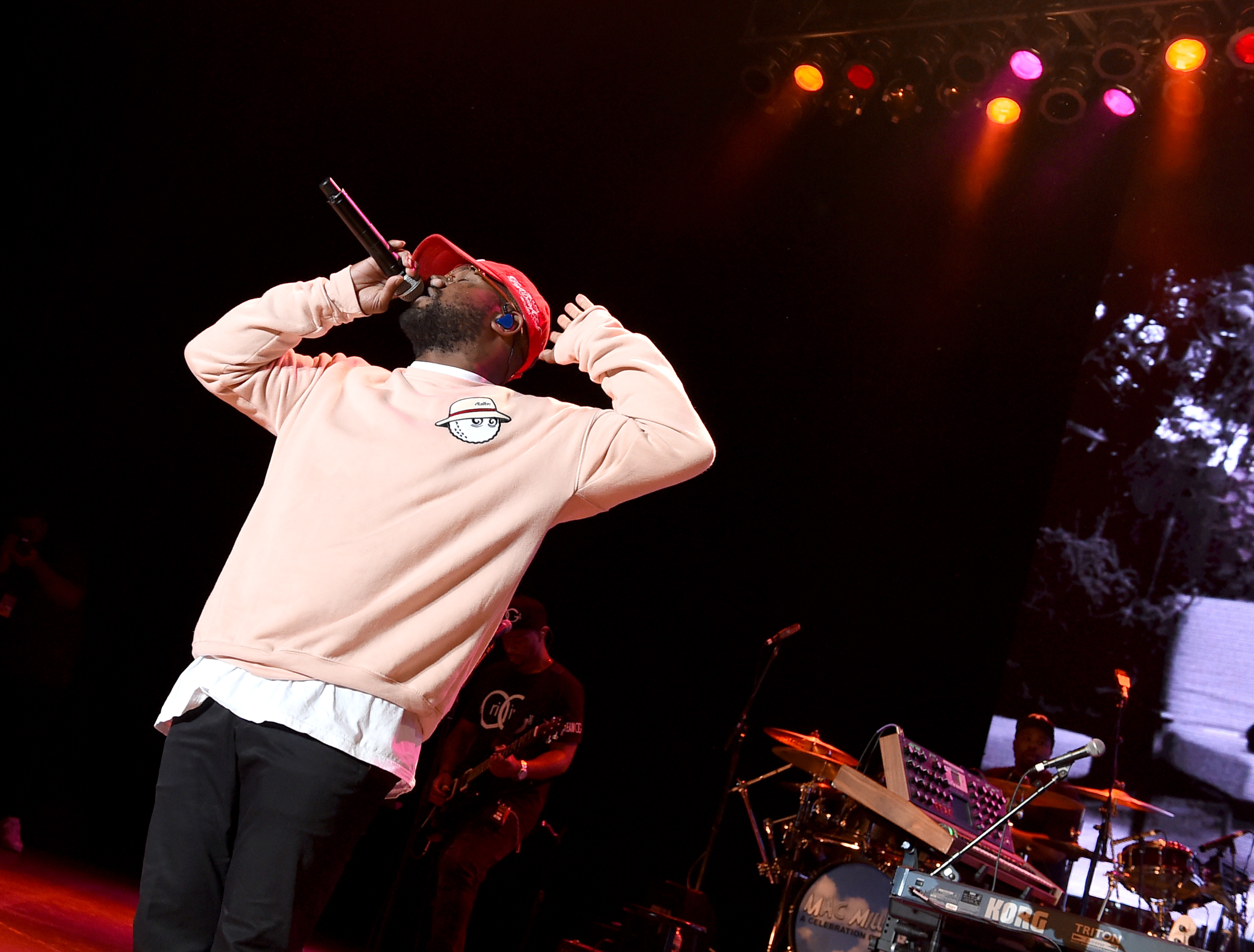 One day after Schoolboy Q announced that he was postponing the release of his new single “CHopstix,” the song has appeared on Spotify. The track, which the Top Dawg Entertainment rapper previewed during a performance last month on The Tonight Show Starring Jimmy Fallon, features a chorus by Travis Scott. It follows “Numb Numb Juice” as the second new song expected to appear on Schoolboy’s forthcoming fifth album, his first since 2016’s Blank Face LP.

Schoolboy Q suggested Wednesday in an Instagram story that he did not feel comfortable releasing new music so soon after fellow South Central rapper Nipsey Hussle’s murder. Hussle was fatally shot outside his Marathon Clothing store in Los Angeles’s Hyde Park neighborhood on Sunday. “Y’all got the game fucked up if y’all think I’m trying to put out music tomorrow. I’m not putting out no music tomorrow. It’s not cool,” Schoolboy said. “It’s not pure. That’s not me.”

Angelenos YG and 03 Greedo have also postponed the release of new music in the wake of Hussle’s death. Greedo was scheduled to release his Mustard-produced album Still Summer in the Projects tonight, while YG had planned to release a surprise album next week. Schoolboy Q’s single is not currently available on iTunes, Apple Music, Tidal, or Amazon Music. If you feel comfortable doing so, you can listen to “CHopstix” via Spotify below.

Update 4/8: Schoolboy Q’s “CHopstix” has been officially released on all streaming platforms after being delayed in honor of Nipsey Hussle. Listen below if you haven’t already.