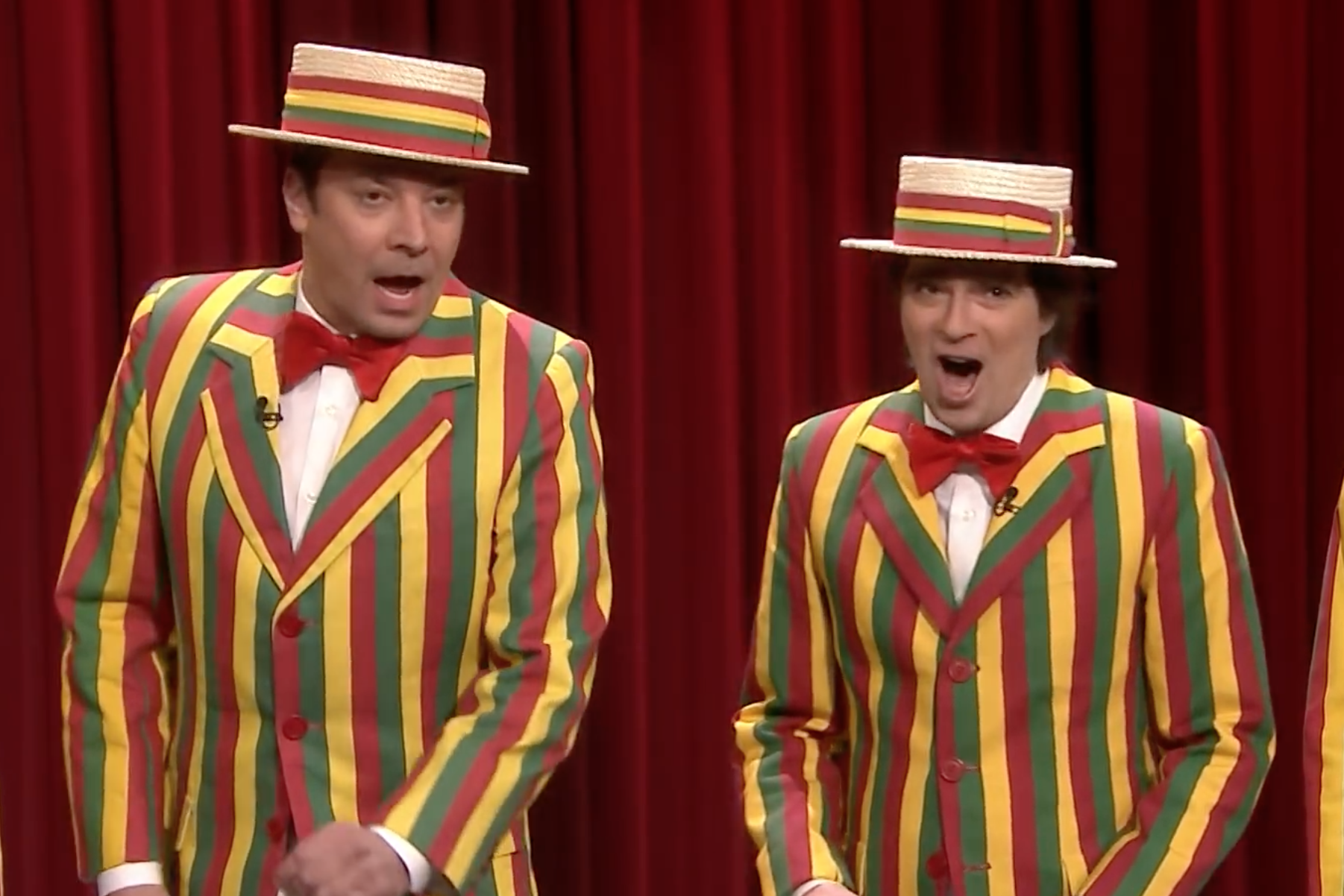 After an extended rollout, The Black Album is almost upon us. To promote the new record, Weezer made an appearance on last night’s episode of The Tonight Show Starring Jimmy Fallon, performing the recent single “Living in L.A.” along with a special barbershop rendition of “Buddy Holly.”

The performance of “Living in L.A.” is relatively straightforward, but the barbershop take on “Buddy Holly” is really something to behold — in matching striped suits and boater hats, Jimmy and the band sing backup while Rivers takes on lead vocals.

The Black Album is set to drop on Friday, March 1. The band have been teasing the release since it was officially announced back in October of last year; four singles (“Can’t Knock the Hustle,” “Zombie Bastards,” “High as a Kite,” and “Living in L.A.”) have been released so far. Weezer recently interrupted their Black Album rollout with The Teal Album, a surprise full-length covers project that included Weezer’s takes on tracks from A-ha, Tears for Fears, Toto, Electric Light Orchestra, and TLC.

Weezer are also readying a U.S. tour with Pixies, set to kick off on March 8. They’ll play Madison Square Garden on March 12. Watch the band’s performances of “Living in L.A.” and “Buddy Holly” on Fallon below.