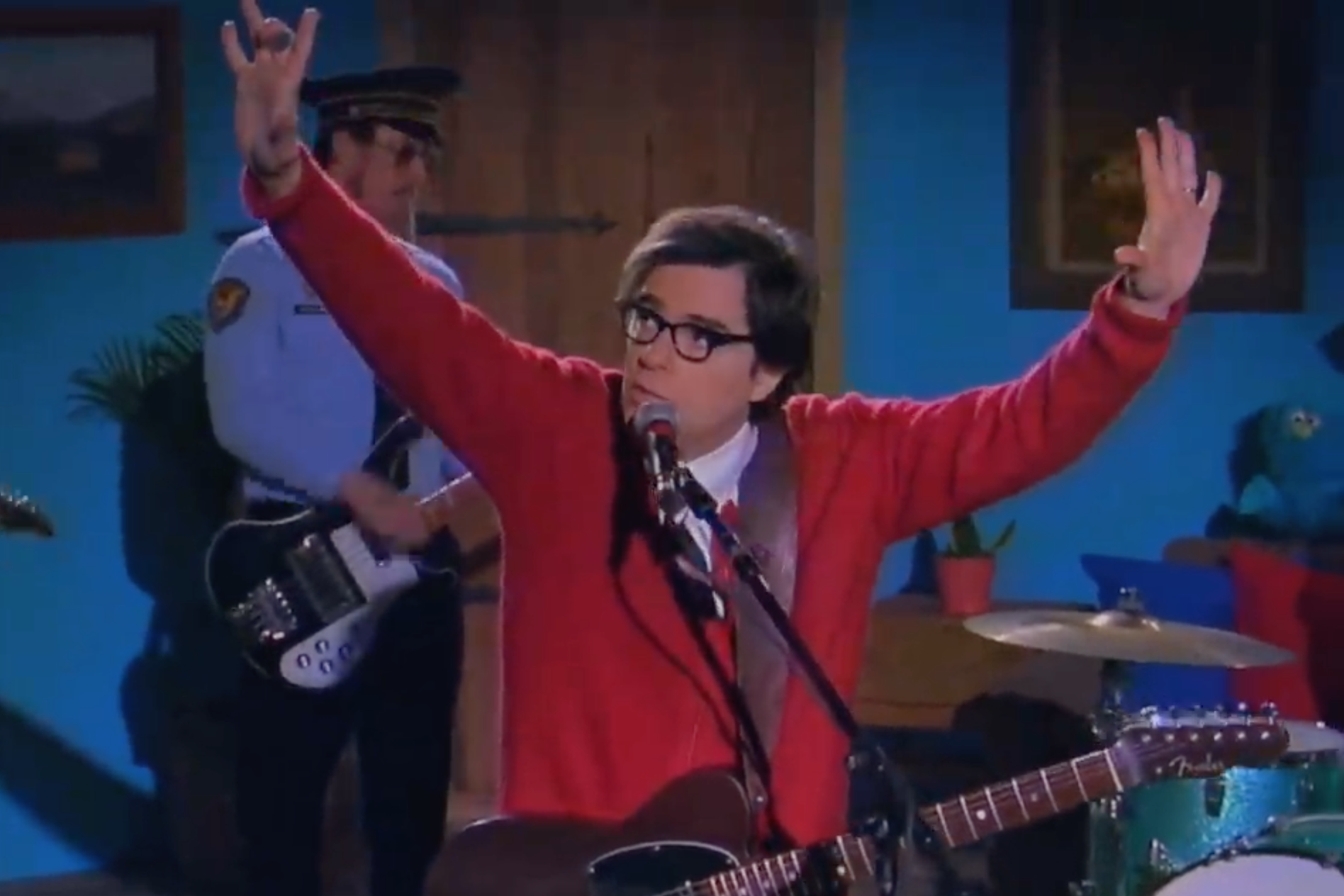 Weezer are following up their surprise covers project, The Teal Album, with a continued rollout for their upcoming Black Album. The Black Album was officially announced in October of last year, and the band have dropped two singles (“Can’t Knock The Hustle” and “Zombie Bastards“) since then.

Now, Rivers and the gang have released two new singles. “High As A Kite” and “Living In L.A.” are extensions of the same idea — upbeat meditations on emotional turmoil, with a typically silly and self-aware bent. “We’re fortune’s fools when we took the bait / We sacrifice our lives for rock and roll,” sings Cuomo on the latter track. “Je ne sais pas burning at the stake / We never really had a choice at all.”

Those Electric Light Orchestra and TLC covers on The Teal Album already feel like a fading memory.

“High As A Kite” comes along with a new music video set in “Mister Rivers’ Neighborhood,” in which Cuomo cosplays Mister Rogers on a faux TV set. By the end of the “show,” Cuomo has terrified all the children in the audience.

The Black Album is set to drop on March 1, with Weezer also readying a U.S. tour. Find the tour dates here, and hear “High As A Kite” and “Living In L.A.” below.