Watch Cardi B Perform “Bickenhead” at the 2019 AVN Awards 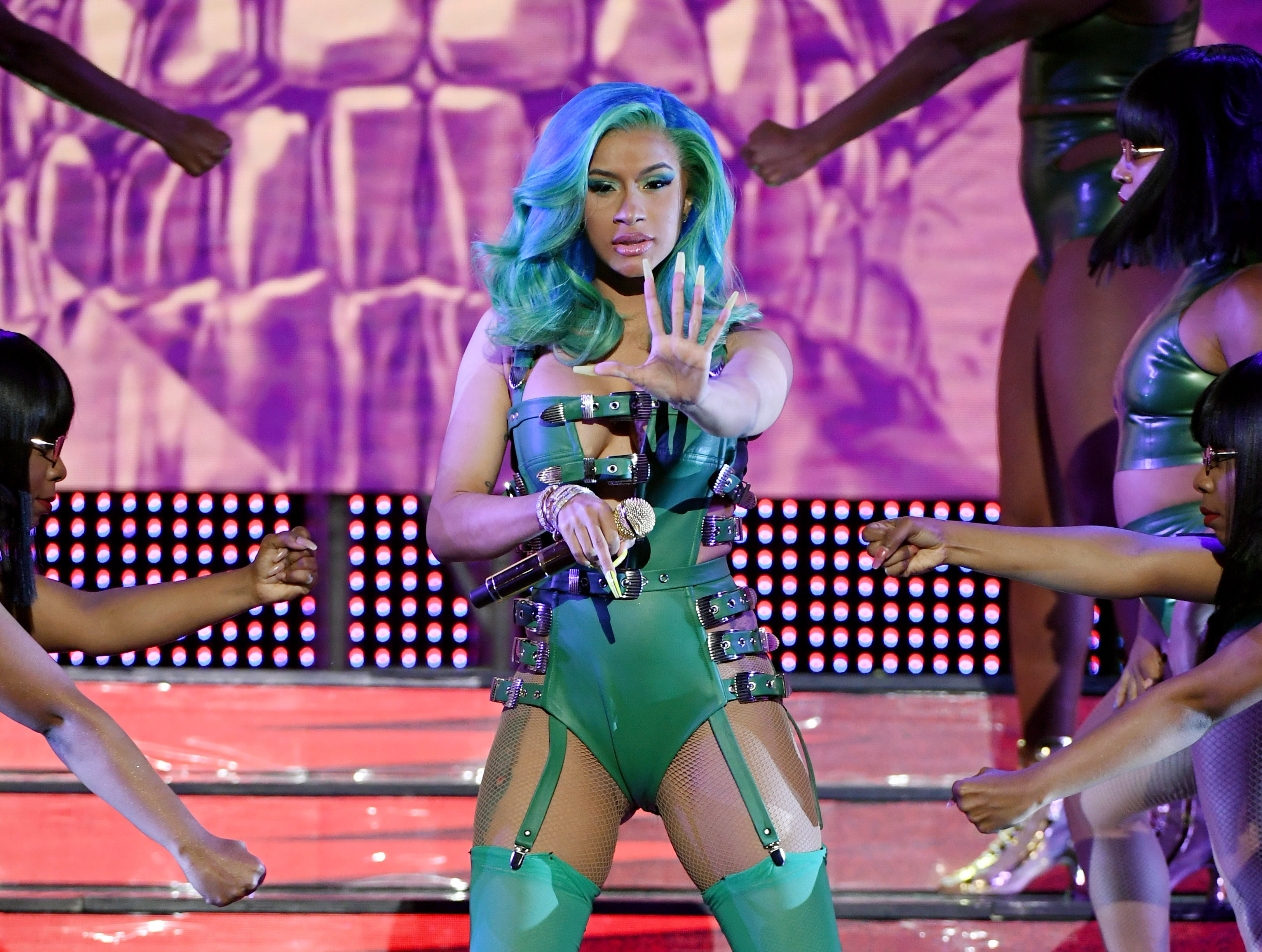 Dressed in a sparking blue bodysuit and garters, Cardi played her Invasion of Privacy songs “Bickenhead” and “She Bad” flanked by a team of backing dancers. Earlier in the night, Cardi held a private 40-minute show for a group of adult film livestreamers known as the Cam Girls, as TMZ points out. “I’m so excited for these awards…more than the Grammys,” she told the crowd.

Cardi B’s debut album Invasion of Privacy was released last April, and was included on our list of the 51 best albums of 2018. Her song “I Like It” with J Balvin and Bad Bunny also made an appearance on our list of the 101 best songs of the year. Earlier this month, Cardi appeared in the video for the City Girls song “Twerk,” where she performed her guest verse in some intense tiger body paint. She recently told fans on Instagram that she’s putting out a new album in 2019. Watch her perform “Bickenhead” below via TMZ.