As a surprise single, “It’s Okay to Cry” was a hell of an opening statement. The first new solo material from SOPHIE in nearly two years, the crystalline track ditched the bombastic drive of early singles like “Hard” and “MSMSMSM” for cloying sincerity, ascending ever-higher in uncompromising falsetto. While ostensibly directed at an anonymous second-person, the lyrics feel aimed at the songwriter herself, who for the first time stepped back from behind the project’s carefully constructed artifice to stare out with a piercing gaze. “I don’t even need to know your reasons / it’s okay, it’s okay, it’s okay,” she sings in the opening verse. “I think you sometimes forget / I would know you best.”

For years, the English producer has defied assumptions about gender, identity, and performance without much interest in public legibility. She initially arrived anonymously, marked by only a few delightfully campy singles that suggested a playful deconstruction of macho DJ tropes, and in the years since her initial break, she’s continued to work behind the scenes on tracks for Vince Staples, Charli XCX, and Madonna. Now on her debut album OIL OF EVERY PEARL’s UN-INSIDES, SOPHIE basks in a glossy, angelic glory, with a shimmering voice and image now conspicuously constructed for the spotlight. Tracks like the singles “Faceshopping” and “Ponyboy” arrive with a noisy, newfound weight, infinitely more room-filling than anything from her earlier releases, and with “Whole New World:Pretend World,” this ambitious maximalism works in service of the song’s thematic interest in utopia.

Like its opening single, OIL OF EVERY PEARL’s UN-INSIDES is as much defined by brevity as it is by soaring synths. Even at its most quiet, the album packs as much in its nine tracks as possible. “At theme parks, when you’re a child, you’d have this visceral experience of being human and I want music to feel like that,” she told Jezebel earlier this year. “A rollercoaster [ride] is a similar length to a pop song, and just the way that rollercoasters tend to be designed—with the tension and the release and feeling those nerves and being locked into the seat—I feel like pop music could take you on that sort of journey.”

The four-minute anthemic center of the record, “Immaterial” feels something like the journey she’s speaking of; it’s SOPHIE at her most dense, inverting the ritzy excess of Madonna’s “Material Girl” into a high-concept, transhumanist banger for our age of CGI Instagram influencers. Partly inspired by the post-gender genomics of Martine Rothblatt, the song offer a rallying cry against corporeal limitations, trading descriptions of legs, hair, genes, and blood for the limitless potential of life inside the network. “With no name and no type of story / where do I live, tell me where do I exist?” sings guest vocalist Cecile Believe, who becomes a surrogate voice for SOPHIE in the album’s biggest moments. 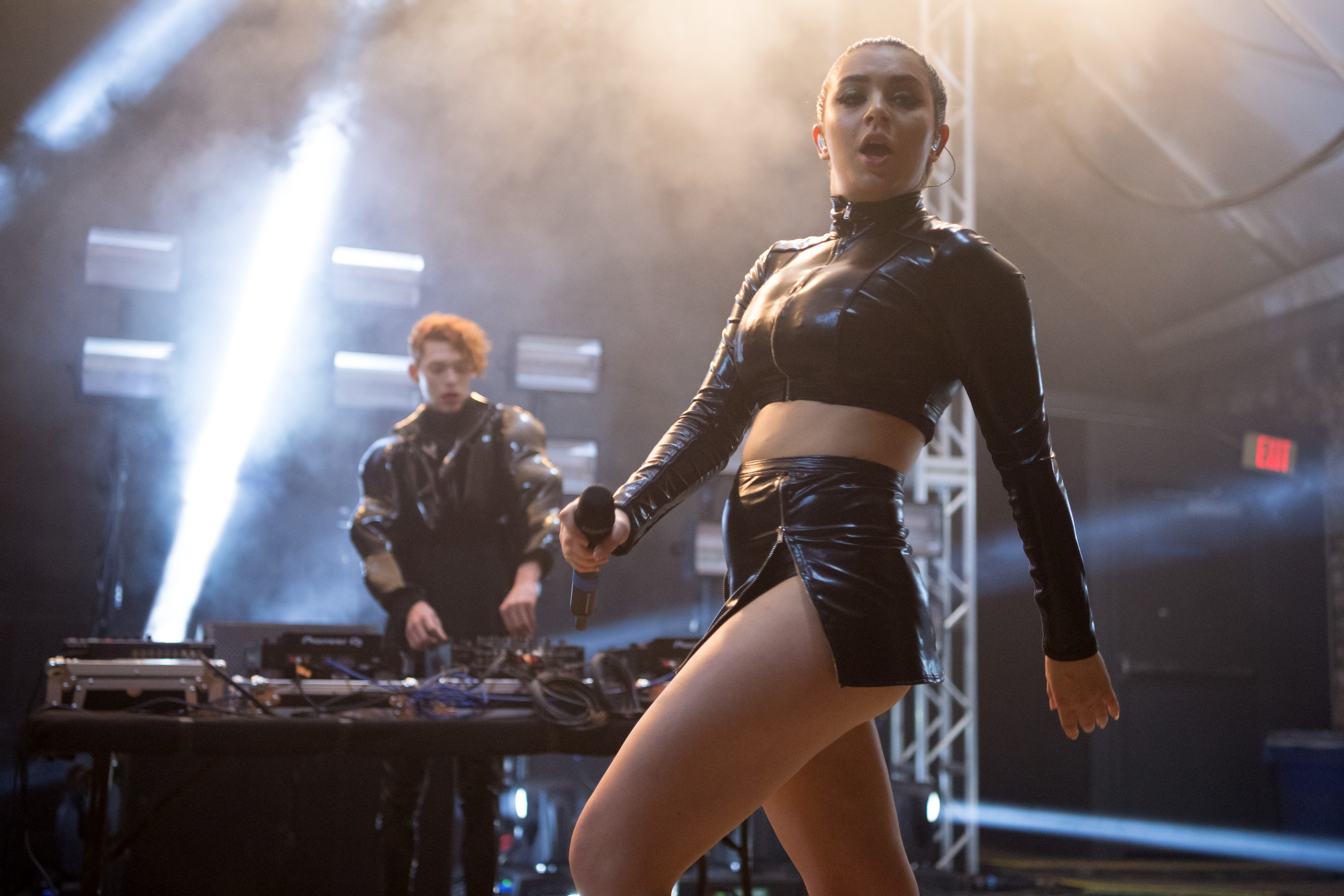 The emphasis on brevity means tracks rarely develop past hooks, and the sugary formalism at the heart of her writing is as much a setback as it is in many ways the record’s biggest strength. The conclusive “Whole New World:Pretend World” stretches machine gun synth stabs and filthy Elektron Monomachine squelches into an attempt at multi-opus grace, ultimately settling into a sluggish mess of trance strings in its final moments. Even cut shorter, it’s the sort of track that’s hard to imagine working outside of a live setting, but as with a lot of tunes here, it’s their existence outside of Soundcloud waveforms and inside the sweaty grip of fans that really matters most of all. Packed with more than enough ideas to constitute what’s still ostensibly a “debut album,” OIL OF EVERY PEARL’s UN-INSIDES pushes new limits of bombast only to settle into the same sort of razor-sharp, high-concept pop that’s worked for SOPHIE since the beginning.