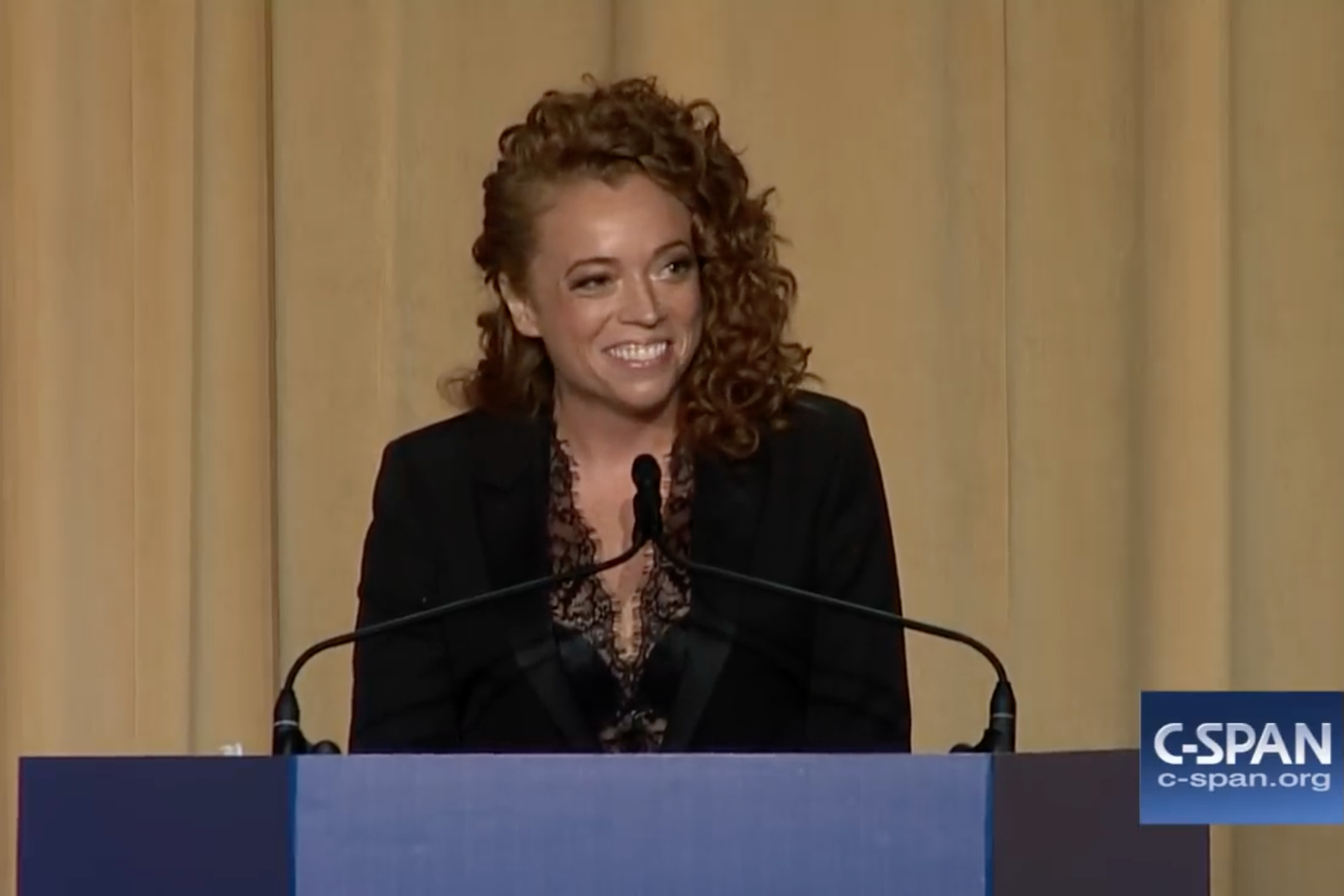 Did you watch Michelle Wolf’s comedy routine from the White House Correspondents’ Dinner on Saturday? (It’s down below if you need to catch up.) It’s funny! She’s funny. It’s not her fault if Trump Republicans get touchy when you call them a pack of lying hypocrites, or if the chairman of the American Conservative Union had to take his wife and go home because his feelings were hurt, or if Donald Trump himself is so constitutionally incapable of taking a joke that he doesn’t dare show up.

As you’ve probably heard by now, Wolf has faced criticism for some of her humor, particularly comparing Sarah Huckabee Sanders to Aunt Lydia, the fascist enforcer in The Handmaid’s Tale, and saying the press secretary’s eyeshadow is made of burnt-up facts: “Maybe she’s born with it, maybe it’s lies. It’s probably lies.” It didn’t help that Sanders was one of the only notable administration figures in the audience—presidents traditionally have attended the WHCD, but Trump skipped this year and last. (Trump used this weekend’s occasion to call for an end to the WHCD, which he’s right about, but not for the reasons he thinks.) And—as things tend to go these days—conservative pearl-clutching and feigned outrage at calling a liar a liar has powered the news cycle into an exhausting third day of takes.

Wolf does enjoy the support of several people with a sense of humor, such as Dave Chappelle and Stephen Colbert. Speaking to PBS NewsHour, Chappelle said, “I really respected what I saw. I don’t know who those people think they are, that she can’t say that to them, ’cause they offend people all the time. For many people it’s cathartic to watch that woman speak truth to power like that.”

On last night’s Late Show, Stephen Colbert revived right-wing commentator “Stephen Colbert,” the character who performed a famously acerbic routine at the 2006 WHCD. “Good to see you, nation. I’ve been collaborating with Kayne West on a new album of Republican hip-hop,” he said, then scolded Wolf for her crass jokes: “This the Correspondents’ Dinner, celebrating the freedom of speech. You can’t just say whatever you want!”

Other late-night hosts weighed have in on the WHCD, too. At The Daily Show, where Wolf used to work, host Trevor Noah rolled a series of old clips featuring Trump insulting women such as Rosie O’Donnell and Carly Fiorina. “I agree completely with President Trump and his team: Comedians should be held to a higher standard than he is,” he joked.

“[Michelle] is filthy and she is mean, and that’s what we love about her,” said Late Night’s Seth Meyers, another former Wolf colleague. “Because those are wonderful qualities for comedians and terrible qualities for free-world leaders.”