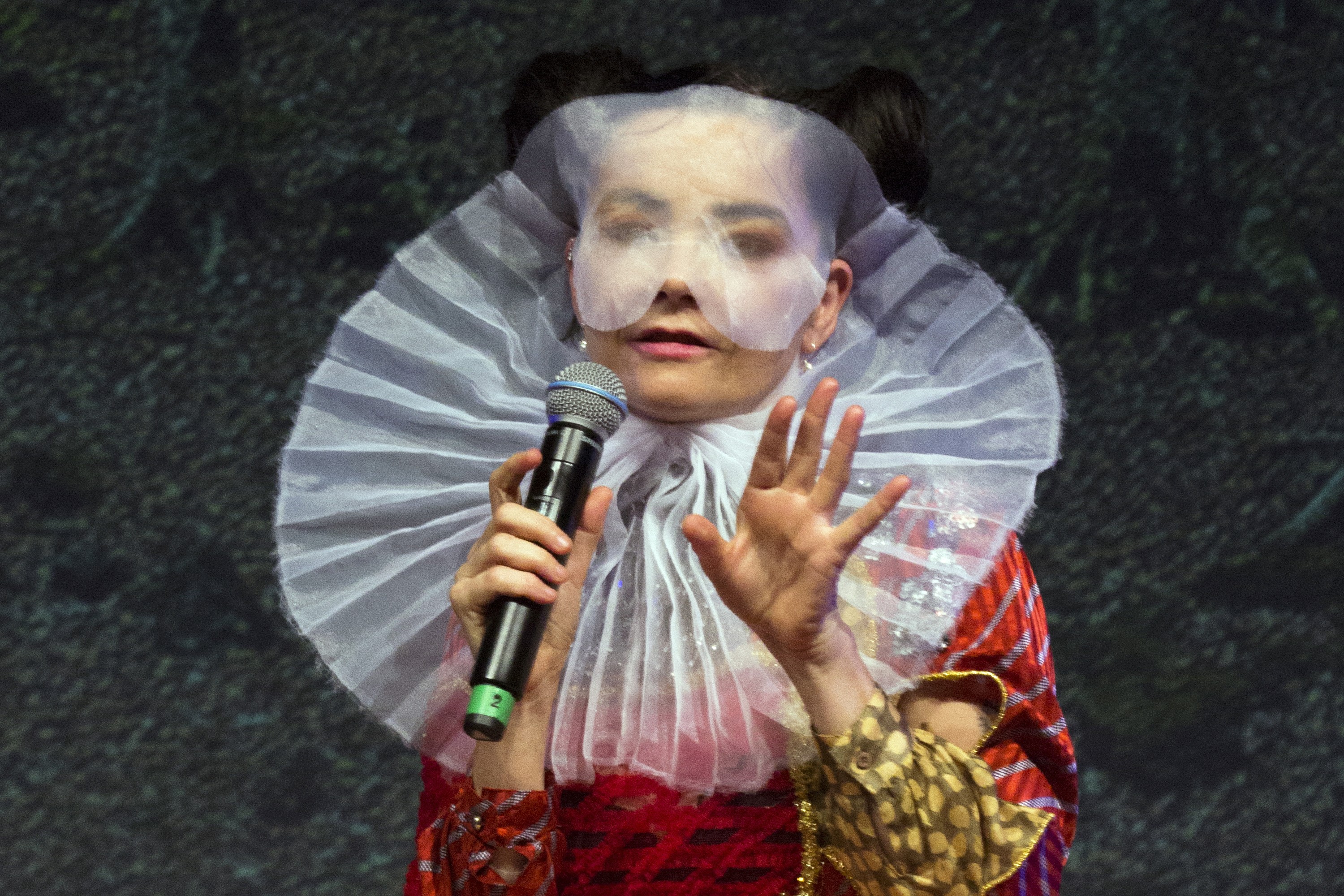 In the buildup to her new album Utopia, which drops later this month, Björk recently sat down for a lengthy interview with The Guardian to talk about the making of the album. In the interview, the songwriter discusses her over 30 years in the music industry, the technology behind the album, as well as her own personal ‘utopia’ as an island perhaps “created out of an eco-disaster” where “plants have mouths or hover like hummingbirds or grow out of your hands.”

While it might sound like a simple description of her video for album single “the gate,” the producer also spoke about Utopia’s connection with dating apps. Clarifying her initial statement that Utopia would be “like [her] Tinder album,” she add that fans missed the comedy of her original reference to the app. “I thought that was hilarious, but obviously I would never be able to be on Tinder.” Later, she continued, “I think I’m Tindered to life. I’m dating life. I’m like: ‘Oh, those are new hands and I’ve got new legs and new… it’s a feeling of… It feels like a new adventure.’”

Regarding a recent Facebook post detailing her experience of sexual misconduct with an unnamed Danish director who many have since speculated to be Lars von Trier, Björk said that she made the post “in support of women who can’t say no, or are not fortunate enough to have said no.” She continues. “I’m conscious of not wanting it to be about me. Because I got away good, you know? And because I come from this world where [sexually bullying behaviour] is not normal, I could see the contrast between the two worlds. I wanted to say, ‘You’re not imagining things. It is like that.’”

Read the full interview over on The Guardian’s website and watch her recent video for the Utopia single “the gate” below.