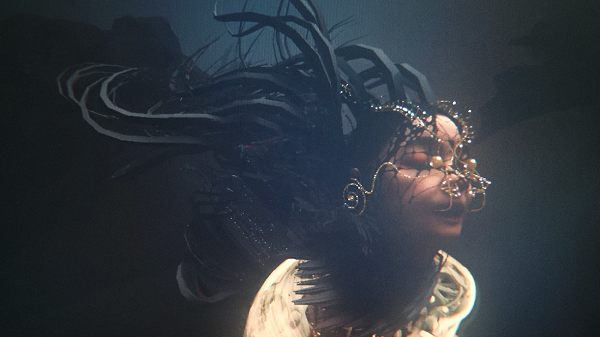 Björk has announced the title of her forthcoming album. She and artistic collaborator Andrew Tomas Huang sat down for a Facebook Live interview with Nowness today to discuss her new single “The Gate,” her touring VR exhibition Björk Digital, and aspects of her previous album, Vulnicura. Toward the end, host Jefferson Hack asked if she could reveal the title of her next album.

“I have had a thousand name suggestions, and I think it’s going to be called Utopia,” Björk replied, after some hesitation. “I can’t think of anything better.”

The album now known as Utopia is expected in November, and features Arca as a co-producer. The video for “The Gate” debuts on Monday (September 18). According to Huang, the video is “quite ambitious,” involving computer-generated imagery and a dress by Gucci designer Alessandro Michele. Watch the full discussion below; the album title reveal takes place at 47:30.