Ryan Adams – “Back In Your Head” (Tegan and Sara Cover) 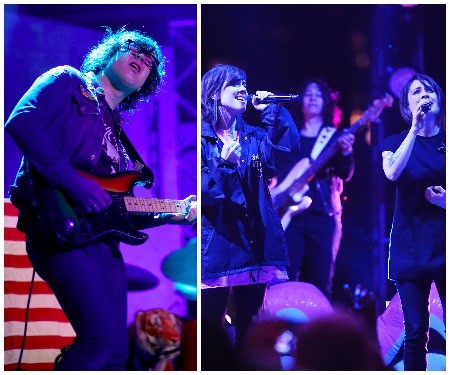 Ryan Adams’ cover of “Back in Your Head” is the second track to be released from Tegan and Sara’s upcoming The Con X: Covers compilation album. Earlier this year, the Canadian duo announced a tenth-anniversary edition of The Con, the album that vaulted them into greater critical and commercial success.

Adams’ synth-backed rendition channels the wry, dark energy of the Quin twins’ keyboard-driven original, but is certainly more explosive. The Con X: Covers will feature fourteen artists, including Cyndi Lauper, Grimes, Shamir, and CHVRCHES —whose version of “Call It Off” was released last month. All proceeds will go to the Tegan and Sara Foundation, which supports LGBTQ women and girls.

The Con X: Covers will be released on October 20 via Warner Bros. Listen to a clip of Ryan Adams’ rendition of “Back in Your Head” below and check out Tegan and Sara’s tour dates here.

Shamir on New Coming-of-Age Album, Why His Youth Was ‘Cursed’