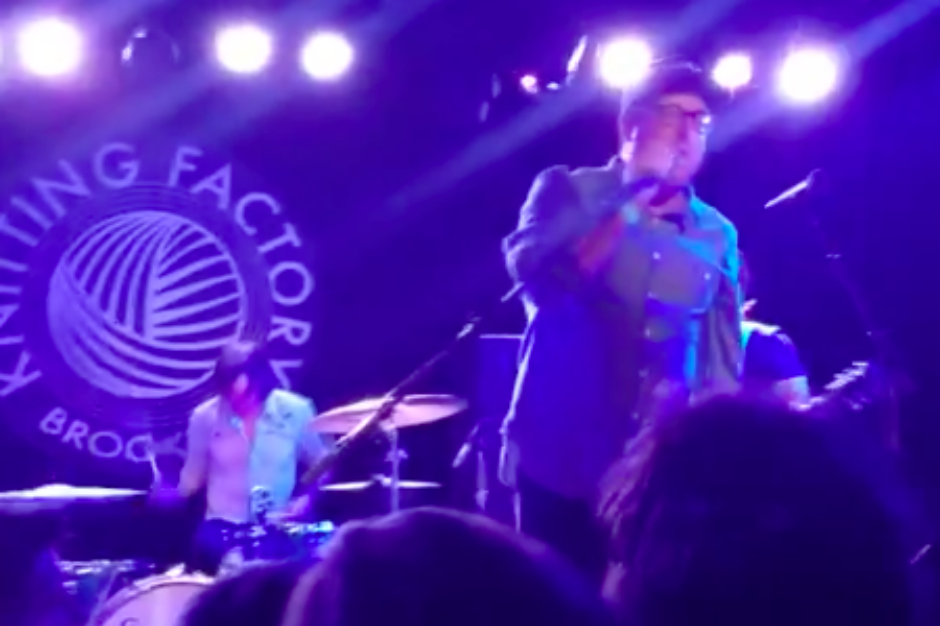 The Replacements’ “Can’t Hardly Wait” is a regular set-ender for noted ‘Mats acolytes Beach Slang, but last night’s performance of the alt-rock standard at the Knitting Factory in Brooklyn was different for two reasons. One is that it came at the end of a full-album performance of Westerberg & Co.’s classic 1987 album Pleased to Meet Me, with sax even in tow for the occasion. And two is that it was sung this time by Craig Finn, Minneapolis rock disciple and lead singer of the Hold Steady, who is making something of a habit of doing surprise Replacements covers at younger bands’ special-occasion concerts.

Aside from the full-LP tribute, last night was a special occasion for Beach Slang because it was also the night that they announced the first single off their upcoming second LP: “Punks in a Disco Bar,” which should be premiering today on Apple Music, via Zane Lowe’s Beats 1 show. Listen between 12pm and 2pm EST to hear that, and check out Finn fronting the Slang on fan video below.