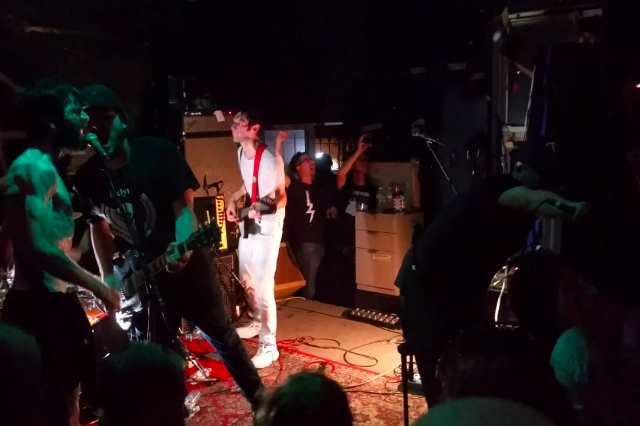 Titus Andronicus wrapped up their five-night stay at home-field venue Shea Stadium in Brooklyn last night, celebrating both the release of fourth studio LP The Most Lamentable Tragedy and the 30th birthday of frontman Patrick Stickles. To properly commemorate the simultaneous special occasions, the band welcomed a variety of guests, including fellow New York transplant Craig Finn, frontman for the Hold Steady.

Finn sang Billy Joel’s “You May Be Right” and his own band’s “Stuck Between Stations” with the six-piece Titus as backing band, and then was invited to stay on stage for some “real Minneapolis s–t”: A cover of the Replacements’ 1985 college-rock classic “Bastards of Young,” which Finn and Stickles previously covered together at a ‘Mats tribute gig in 2011. Watch a minute-long clip of the performance here, as well as some fan-shot Instagram footage of the “Bastards” and “You May Be Right” rendition.

Vote for Titus Andronicus to play near you via our partner site RABBL.

Such an incredible epic show. Proud to be a part. Thanks for that @TitusAndronicus I Love You