When Beach Slang frontman James Alex talks about recording his band’s second album, he makes repeat reference to “the thing we do” — as in, “It works for the thing we do rather well.” Though Alex doesn’t ever elaborate on what he means by that, he doesn’t really need to. Beach Slang’s first album basically did just the one thing: delivered ringing, red-blooded power-pop screamers in the mold of prime Paul Westerberg, designed to — as their leader would promise before gigs — punch you right in the heart. Hell, the album was even called The Things We Do to Find People Who Feel Like Us.

In other words, if you’re expecting Beach Slang to dramatically reinvent themselves on LP2, you’re probably mixing them up with any number of similarly named “Beach” bands. But don’t expect them to provide a carbon copy of the Things They Did the first time, either. “It’s important to me to not start xeroxing myself,” explains Alex. “Even if something’s successful, I just don’t want to be like, ‘Well, now I’ve gotta write that song over and over for the duration of this band…’ Definitely, you’re gonna put [our new album] on and be like ‘It’s a Beach Slang record.’ But it’s definitely got little evolvements that I think set it up for the band to continue to grow.”

The band recorded the ten-track new album — currently scheduled for a late-September release — in about six days, at New Jersey’s Gradwell House, the studio co-owned by producer Dave Downham and the site where Things We Do‘s basement-show magic was also captured. “I love how our records sound,” Alex says of the band’s signature, majesty-shredded squall. “I think [Downham’s] like the fifth member. Our records sound like they do because of that guy. I really don’t see any time we wouldn’t make stuff with him.”

The recording was brisk, mainly because the songs have been pouring out of Alex since Beach Slang’s first album made them one of the surprise success stories in underground rock last year, finishing in the top 50 of 2015’s crit-aggregating Pazz+Jop poll and notching the best pre-sales in label Polyvinyl’s history. “I’ve been in a real cool run, I hope I’m not jinxing myself by saying it out loud,” raves Alex. “I suppose with everything that’s kinda going on, I’m not at a loss for things that are lighting me up, right?” 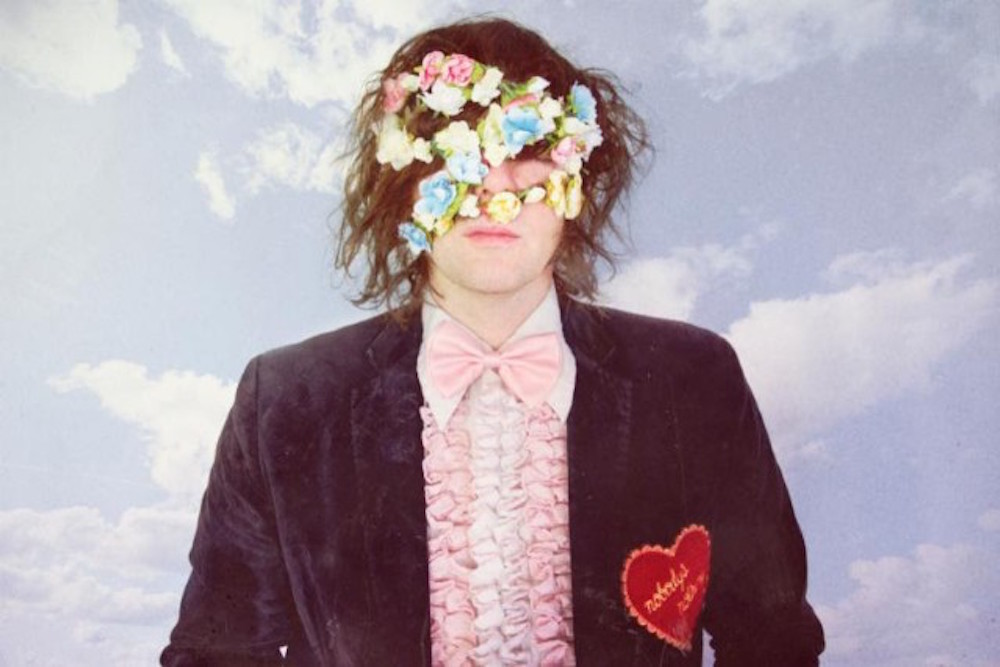 Rather than wait for the band to finish the Things We Do touring cycle — the quartet hits the road again this week for another couple of months of live dates — Alex decided they’d be better off keeping the line moving. “I don’t want to have songs that are sitting around for six months, and then we go to record them and you just don’t have that initial burst of thing that we felt,” he says. “It’s like, ‘We’re a rock’n’roll band. A rock’n’roll band makes records.’ There really doesn’t need to be a process of holding them up to maximize marketing. All that stuff just feels dumb.”

He’s gotten plenty of songwriting fare from the seemingly endless string of shows the band has played over the course of the last year, anyway. “The songs that I’ve written for Beach Slang, they’re about me and my friends, and their importance to me,” Alex says. “I’ve made a lot of new friends, with touring around, and just having the good fortune of this being in my life now… that little thumbprint [those new friends] made on me, I made it on a record.”

As for the new record’s sound, Alex says he’s pushing more of a Britpop influence to the forefront, and describes one track as sounding like a mix of ’90s U.K. arena-gazers Catherine Wheel and Swervedriver: “Just, like, that layering of thick guitar, but then really pretty leading parts.” Again, though, the band has made sure the still-untitled sophomore LP will pack the same blow to the sternum that the first did. “At the core of these records — albeit there’s overdubs and stuff like that — it’s the four of us, in a room, plugging in and playing these songs,” Alex testifies. “I want that sort of energy, and that anger, to always be there.”

Despite that description, “anger” is hardly an emotion you’d associate with Beach Slang these days: In all of their performances, interviews, and (especially) their Facebook updates, they radiate more positivity than an accelerated proton. According to Alex, this commitment to alacrity isn’t a guise meant to further Beach Slang’s brand, but a genuine reflection of the band’s current state of affairs. “At least a handful of times [during recording], I’ll just be smiling wildly,” he relates. “And after we [finish], and I’ll say to Dave, ‘I’m so happy right now, I can’t believe this is our record.’ And he’ll be like, ‘Yeah, good, man, that’s how you’re supposed to feel.’ He’ll project this really chill disposition. And I’m like ‘C’mon, get excited with me, man!’”