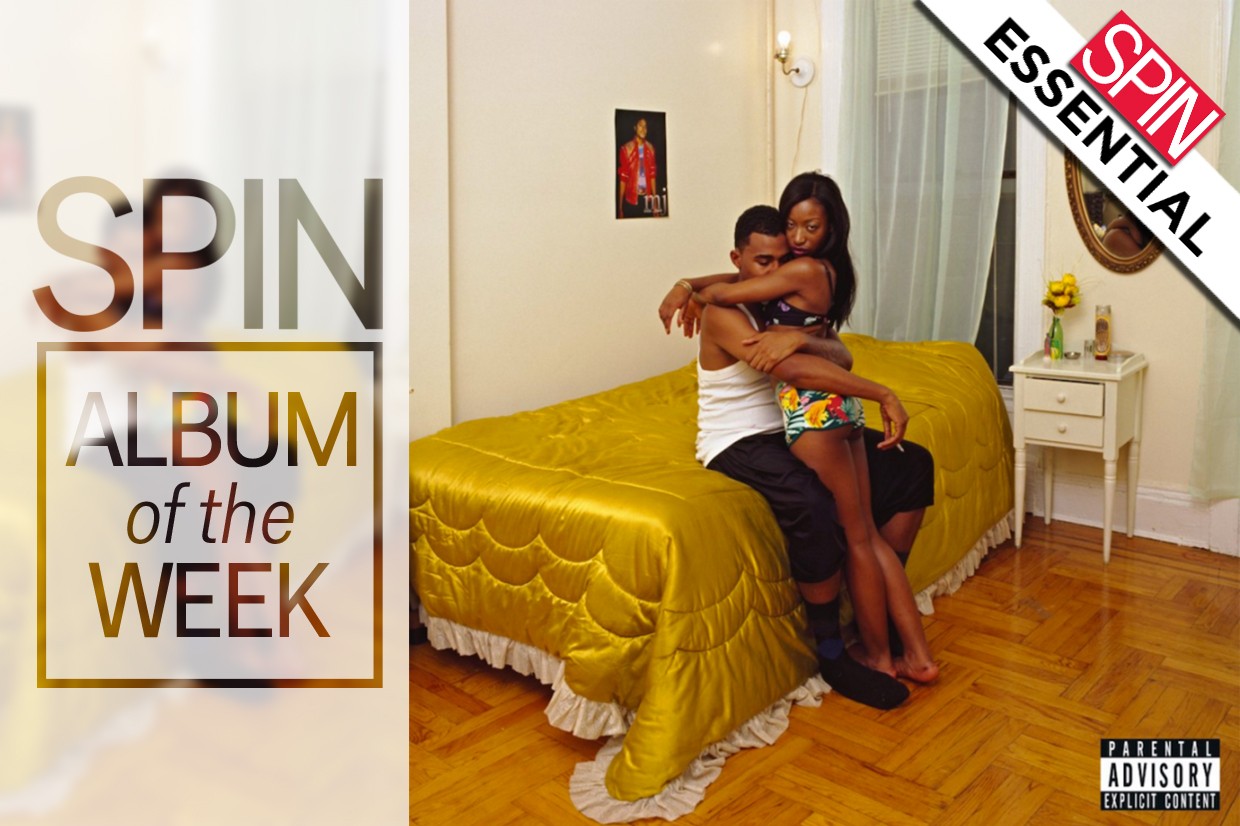 Sometimes it feels like Dev Hynes is everywhere. Excepting even the obvious — the magazine covers for his work as Blood Orange, the late-night television appearances, the songwriting credits on tracks by real-life pop stars — he has a way of popping up where you least expect him. If you live in Manhattan at least, you’re bound to run into him palling around with the skaters in Washington Square Park, contemplating conceptualist art at cavernous Lower East Side gallery spaces, or slinking onto the stage solo as a surprise show headlined by his pal Julian Casablancas. It can seem like at every cool cultural happening, you’ll glimpse the glint of a house light off of his omnipresent black leather hat, regardless of what scene or sound you happen to be taking in on a given night.

The willingness to embrace all of that and more — to tirelessly pursue anything that feels new, bold, and important — is reflective of a sort of omnivorousness that’s made him such an interesting figure to follow over the course of the last decade-and-change that he’s been making music. He slung snotty riffs for the very-obviously-named-by-teens electropunk act Test Icicles. He’s since dealt in casual folkiness aided by Bright Eyes collaborators under the name Lightspeed Champion, and even after settling into his Blood Orange project back in 2011, he’s used that moniker to indulge every aesthetic whim. He skipped from sea-breeze soft rock to echoey rafter-rattlers on his 2011 Domino debut, Coastal Grooves, then embraced airy funk, freestyle, and the oozy romance of ’80s R&B on the sophomore 2013 breakout, Cupid Deluxe.

After a few years in the background — often literally, when taking the stage with people like Carly Rae Jepsen — he’s resurfaced with Freetown Sound, perhaps the most pointed summation of his tendency toward disparate impulses, one which folds all those previous influences, as well as the subtle bluster of quiet storm, the slow burn of D’Angelo’s ‘90s work (as well as the political motivations of Black Messiah), and even a acoustic guitar ballad or two.

But this isn’t just glassy-eyed ambition — Hynes seems to have deliberately made this his blurriest effort to date, a blending of his chosen genres and ideas in a disorienting collage. He pulls references across centuries, nodding to Puccini, medieval theologian/philosopher/mope St. Augustine, and the intersection between modern Christianity and 20th-century imperialism, all on the same track. Elsewhere, he evaluates love on a cosmic and microcosmic scale with help from a top-form Nelly Furtado (!) on “Hadron Collider,” originally released as a cassingle benefiting a Harlem music school.

It’s easy to miss all these thematic and cultural interests, especially when he’s also dedicating real estate to recounting his own personal history, examining immigrant experience through the lens of his own parents, excoriating the casual racism of a festivalgoer in a “Thug Life” T-shirt, and tossing in samples from Black Lives Matter protests. It’s a tapestry so rich with ideas that it feels both dizzying and generous. Hynes has said that this effect is by design, in a recent interview likening Freetown Sound to the fractured aesthetic of Paul’s Boutique or a “mixtape” in the traditional recorded-off-a-cassette-deck sense, a collection of foggy, heterogenous recordings stitched together by spoken-word samples. It’s an attempt to portray everything he cares about in one fell swoop, a fuller picture of his psyche than he’s ever issued before. It makes sense too; a lovingly considered mix always says more about the person that put it together than the recipient.

Though you can get lost in it, it’s an approach that makes sense in muddled times, as long-established international bonds break in Hynes’ U.K. home, and the country where he now lives is thrown into further disarray and panic. The world itself is out-of-focus and overwhelming, so he made a record to match. That’s not to say, however, that the themes included here lack focus. The way that Hynes tackles systemic racism and black identity on tracks like “Chance,” or intertwines his grief over the death of Trayvon Martin with the story of Nontetha Nkwenkwe — a South African religious leader in the ‘20s who was eventually institutionalized when white attitudes toward large gatherings of black people in the country turned increasingly sour — feels urgent and important.

But where others with grave ideas to communicate — like, say, D’Angelo, Kendrick Lamar, or even punk acts like Downtown Boys — make their political aims pointed, insistent, and repetitive, Hynes’ message instead radiates outward. He sees problems and recounts them, tells his own story, and weighs the significance of narratives like his in the face of an oppressive world outside. He pauses to wonder on the record’s final track “Better Numb,” “Does it just feel better numb?” Freetown Sound is an answer to the contrary: Even in hard times, it’s better to face everything all at once.