Dev Hynes and Julian Casablancas Interviewed Each Other for ‘Oyster Mag’ 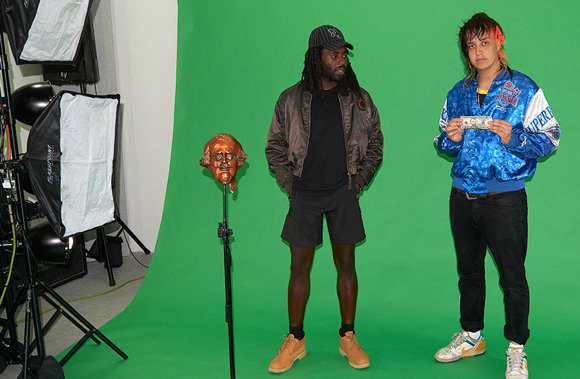 Update: New Community Management has issued an apology and explanation of why the Oyster interview between Casablancas and Hynes appeared in reportedly abbreviated form. Read it below.

In correspondences between New Community Mgmt & Life or Death PR, we’ve come to the conclusion that the Dev Hynes / Julian Casablancas interview was inadvertantly cut off in an email that we forwarded from Cult Records to Life or Death. Which was then forwarded to Oyster Magazine, who were assured it was the full transcript.

Last we heard from Dev Hynes, he’d just released 45 minutes worth of new music on Youtube and then, months later, joined Solange onstage at FYF Fest to help her cover a Nina Simone song. Now the musician’s joined Strokes frontman Julian Casablancas for a lengthy new conversation for Oyster Mag during which the men touch on subjects that include David Beckham, choreography, and more. There are some definite noteworthy tidbits in there:

Read more of their back-and-forth here, and pick up this month’s Oyster for the full chat. Also of note: a Reddit thread points out that Casablancas — after noting last fall that he’d been working on inventing a folding electric bicycle — actually filed a patent application for the device several years ago. “Often times the distance one must travel is seemingly too short or too inconvenient to ride a bus or subway or to drive a car, but too long to walk,” begins the “Background of the Invention” section. Read on here for a full description and plenty of photographs of how the bike would work.