Prophets of Rage Played Their First Show, and the Set List Was a Gift from the Rap Gods

They did all your favorites and two new songs 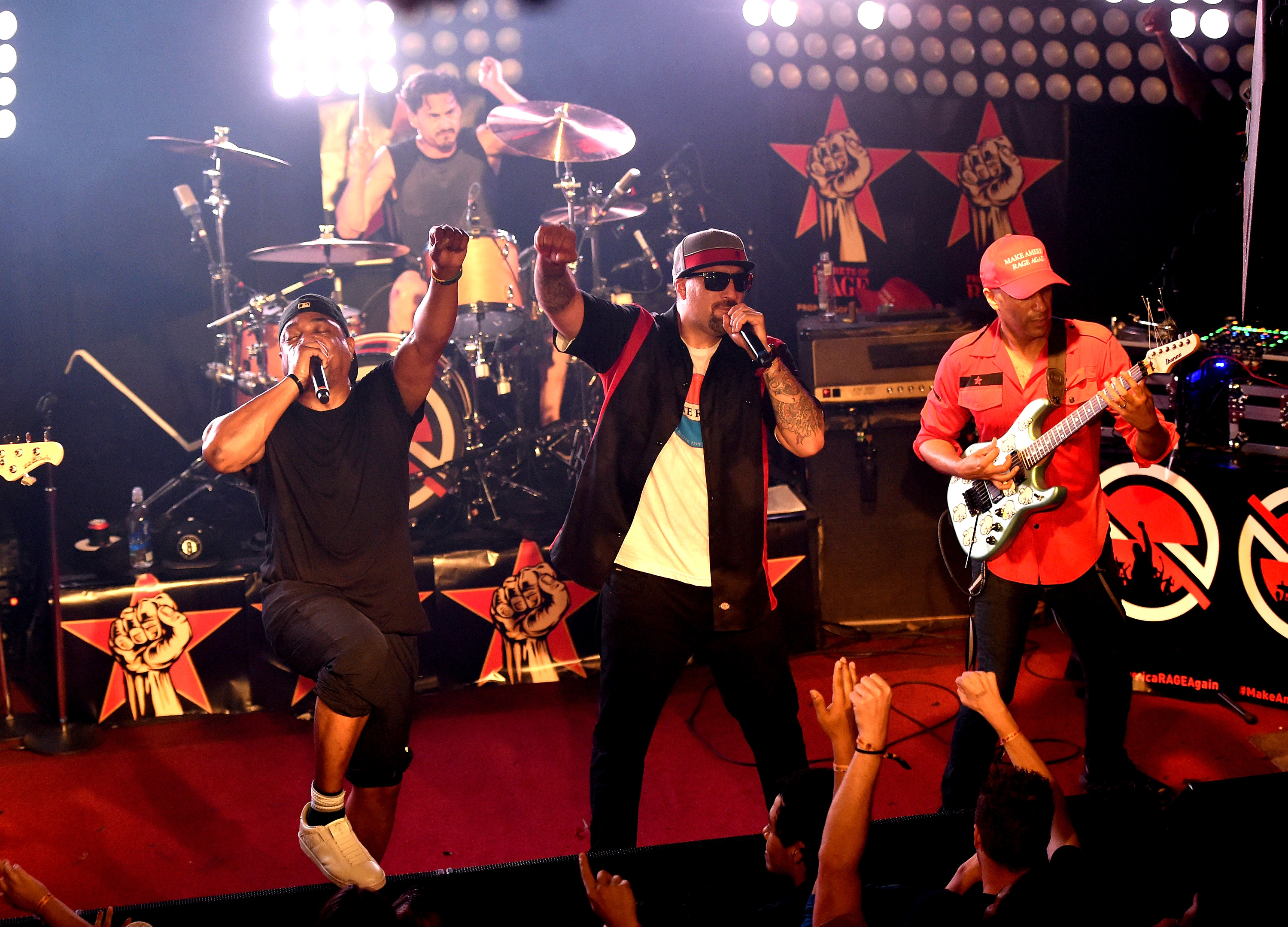 In case you had any doubts about how much we needed a supergroup of Public Enemy, Rage Against the Machine, and Cypress Hill, now we know. Prophets of Rage’s debut set at Los Angeles’ famed Whiskey a Go-Go last night was a smorgasbord of the best dissonant rap of the ’90s, with three-fourths of RATM providing live squeal and squall for the likes of Chuck D and B-Real on classics like “Miuzi Weighs a Ton” and “Know Your Enemy.” In addition to a medley of P.E. and C.H. classics (“Insane in the Brain!” “Welcome to the Terrordome!”) and a cover of the Beastie Boys’ “No Sleep ‘Til Brooklyn,” the group performed a new song which could reasonably be titled “Shut ‘em Down” (not to be confused with Public Enemy’s own song of the same name). Watch clips from the performance and peep its godlike, if Rage-heavy set list below.

Prophets of Rage
Guerilla Radio
Bombtrack
Miuzi Weighs a Ton
People of the Sun
Rock Superstar
Testify
Medley: Shoot Em Up / Can’t Truss It / Insane in the Brain / Bring the Noise / I Ain’t Going Out Like That / Welcome to the Terrordome
Sleep Now in the Fire
New Song a.k.a. Shut ‘em Down
Know Your Enemy
New Song a.k.a. The Party’s Over
No Sleep ‘Til Brooklyn/Fight the Power
Bulls on Parade
Killing in the Name