With lyrics comparing cops to Klansmen, a free-noise breakdown, and a bridge containing “FUCK YOU” repeated no less than 16 times, rap-rock agitators Rage Against the Machine didn’t expect “Killing in the Name,” the first single from their self-titled 1992 debut, to be a hit. And it wasn’t. At least not in the United States, where a choppy, radio-sanitized edit and gritty live-from-the-pit clip failed to get its radical fusion of metal, rap, and sci-fi guitar wonkery on any chart. But in post-Sex Pistols, post-KLF Europe, where both radio and video outlets embraced the whole “fuck you, I won’t do what you tell me” thing, it was a tour de force, even reaching No. 26 in the U.K.

These four extremely pissed-off men from Los Angeles took a daring stab at fusing rap and metal at a time when the only well-known success stories were somewhat novel one-offs between Aerosmith and Run-DMC and Public Enemy and Anthrax. Their debut seethes with revolutionary fury, and it still sounds fresh on the lavishly reissued Rage Against the Machine XX, a remastered redux that includes demos, B-sides, live DVDs, and vinyl in its various incarnations. With constant touring, vocalist Zack de la Rocha, guitarist Tom Morello, bassist Tim Commerford, and drummer Brad Wilk delivered some of the loudest protest music in American history; and “Killing in the Name,” a popular penultimate song on circa 1992 setlists, become one of the group’s trademarks. When RATM kicks into its head-knocking groove, the sound reaches out like a net and takes hold of the crowd: An audience pogoing to the song at Holland’s Pinkpop festival in 1994 registered 1.1 on the Richter scale.

Since its release, the track’s impact has rippled into some unusual places. Jam-rock titans Phish have covered it, funk-metal goofs Infectious Grooves parodied it for a diss track, comedian-provocateur Bill Hicks closed some shows with it (“a badge of honor,” says Morello), and, in a darkly ironic twist, American interrogators used it torture prisoners at Guantanamo. In 2009, the song served as the centerpiece of a U.K. Facebook campaign to end the The X Factor‘s streak of Christmas No. 1s…and succeeded. Despite having never been a “hit,” it has become maybe the most important — and inimitable — part of Rage Against the Machine’s canon.

Hear a demo of Rage’s “Mindset’s a Threat” from their 20th anniversary box set, and find out how you can win the deluxe edition here! 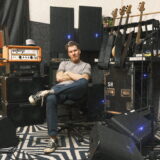 For Morello, its staying power has been a surprise. “On one early tour stop in Sheffield or Manchester, I went out to a club with our tour manager,” the guitarist recalls. “As we stood there, they were bumping ‘Killing in the Name,’ and people were just going ape-shit. He said, ‘You guys may write better songs, more sophisticated songs, you may make many records that are critically acclaimed, but I have a feeling that this is a song that people are going to remember you guys for 20 years from now.’ And at the time, I was thinking, 20 years from now? Who’s going to remember anything about what we’re doing?” 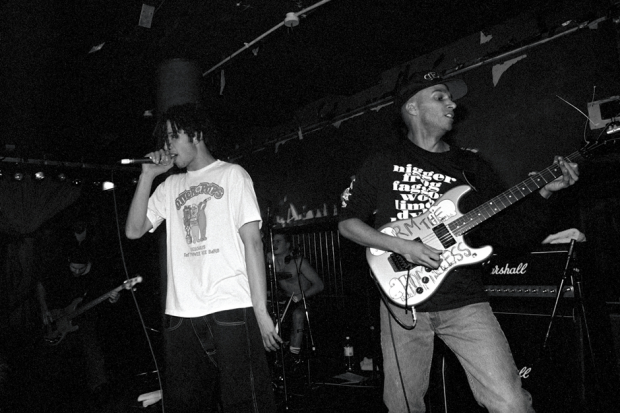 What do you remember about writing “Killing in the Name”?
Tom Morello: I was giving a guitar lesson about drop-D tuning. And in the midst of demonstrating that tuning, a couple of the riffs from “Killing in the Name” occurred. They sort of spontaneously combusted on my fingers. I had my little RadioShack $20 recording device, so I stopped the lesson and just recorded those and brought it into rehearsal. Timmy C. contributed that kind of off-kilter riff at the beginning, and Brad, that beat, and there are Zack’s fiery lyrics. We had written five or six songs right away, and it was the first song of the second batch of songs that we wrote.