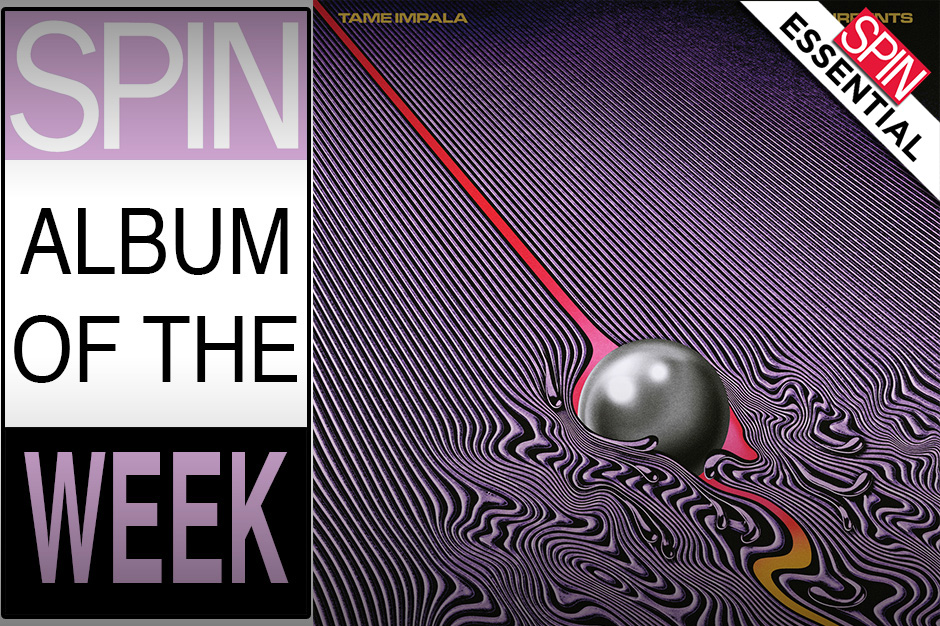 Toward the end of Currents, Australian psych-rockonauts Tame Impala’s impeccable third studio LP, Kevin Parker tells us how he really feels. “The desire to know what’s going on / Does it really f—king matter?” he sings over a hazy, morning-dewy synth bed, snaps and six-string twangs reverberating throughout. But while listeners might not know or care why the dream-like “Rebel Waltz” organ in “Yes I’m Changing” might bring tears to their eyes, such processes do really f—king matter — at least, they do to Parker.

“When I hear something pretty or a chord change makes me feel a certain way,” the laconic singer and multi-instrumentalist said in his relatively forthcoming Reddit AMA from earlier this year, “I find myself NEEDING to know why that made me feel that way.” On Currents, Parker has sourced the sonic underpinnings of these #feels, both his and those he inspires in the listener (if  2012’s “Feels Like We Only Go Backwards” doesn’t make your soul swoon, you must not have one). The result is the purest — and most complex — distillation of everything that makes the band such a nearly physical pleasure to listen to, whether it’s the sprawling riffs found on their 2010 debut, Innerspeaker, or this album’s taffy-lurid swirls.

Parker has been spinning across the galaxy in this pop- and dance-oriented direction since he started playing the guitar, as he’s revealed in recent interviews; his susceptibility to his own and others’ judgment on that front can be heard as early as 2010’s “Alter Ego.” Atop a patchwork of layered harmonies and explosive, bellowing drums designed to blow out crappy speakers, he sings, “Get them to love you / While they may depending on your words and wealth / The only one who’s really judging you is yourself.” Though at that point his foot was still planted firmly on the pedal of predominantly guitar music, the Cream and Jimi Hendrix fan had also made no secret of his desire to concoct candy-colored pop in the vein of Britney Spears. In retrospect, it was almost as if he were addressing the backlash to Currents opener “Let It Happen,” with its bomping guitar squirts and twitchy, high-pitched builds. (One of the more milquetoast YouTube commenters wrote, “Very pop inspired, I kinda miss the unpolished raw stuff from his EP and Innerspeaker.”)

This time, the 29-year-old addresses possible judgment by dismissing it entirely. For Currents, his inadvertent muse and musical enabler (to the chagrin of riff-happy psych-rockists) was funk lord and former collaborator Mark Ronson. He enlisted Parker for three tracks on Uptown Special, including his burnt-sugar falsetto to caramelize the kitchen-sink grime of “Daffodils,” and somewhat ironically, Ronson’s freeing effect on the way Parker conceives of music has actually tightened it up. “The Moment” pauses for a finger-clicking break that could accompany a Sharks vs. Jets throwdown in an alternate version of the “Uptown Funk” video before rocketing back into the stratosphere with shofar-like synth blasts. Similarly, “The Less I Know the Better” pops and locks with a sinewy bass line, recalling like-minded near-countryman Ruban Nielson’s interstellar explorations of his own vintage record and instrument collection as Unknown Mortal Orchestra.

The real magic of Currents, though, is in how Parker so effectively (and genuinely, for the most part) manipulates the listener’s emotions without necessarily revealing any himself — even though we do know that he was emotionally invested, tormenting himself about the lyrics to the sun-baked “Reality in Motion” and squonking album closer “New Person, Same Old Mistakes,” that his label agreed to push back the release date. “‘Cause I’m a Man” is a perfect example of the disparity between what he says and what he means: an oiled-up mustache of a song, its slightly sleazy tone and tongue-in-cheek lyrics “‘Cause I’m a man, woman / Don’t speak before I do” could be interpreted chauvinistically. (Although, ironically, that possibility seems to occur to critics only — many commenters on YouTube and Twitter expressed awe at his musical prowess or admitted they watched the video on mushrooms.) Or “Past Life,” a frankly weird and overwrought interlude-like recollection of running into a former lover. It’s a situation we can all identify with, but Parker pitch-shifts the spoken vocals so they sound like Marvin the Paranoid Android as an anonymous talking head on a late-’90s crime show — with a Perth accent.

But when he does match his interior landscape to Tame Impala’s, the results lance you through the heart like a stingray’s tail even more acutely. “Eventually” is, in fact, about Parker’s terrible realization that he’s about to break his lover’s heart; like their conversation, the initial jagged shockwaves of reverb introduce the singer’s lyrical bare-bones explanation of what he’s about to do — “It feels like murder to put your heart through this / I know I always said that I could never hurt you / Well this is the very, very last time I’m ever going to” — which then blooms like a bloodstain into the organ-led letdown (for her) of a chorus. The real moment of reckoning is the bridge, when strings pulse like sirens, with nothing but a horn accompaniment and Parker’s falsely, gently soothing repetition of the titular word. By the time “Eventually” fades to a close, it feels like your heart’s been broken, too. Welcome to Earth.

Vote for Tame Impala to play near you via our partner site RABBL.