Watch Morrissey Debut the Dramatic ‘Kick the Bride Down the Aisle’

Audacious new track due on July 15 LP, 'World Peace Is None of Your Business' 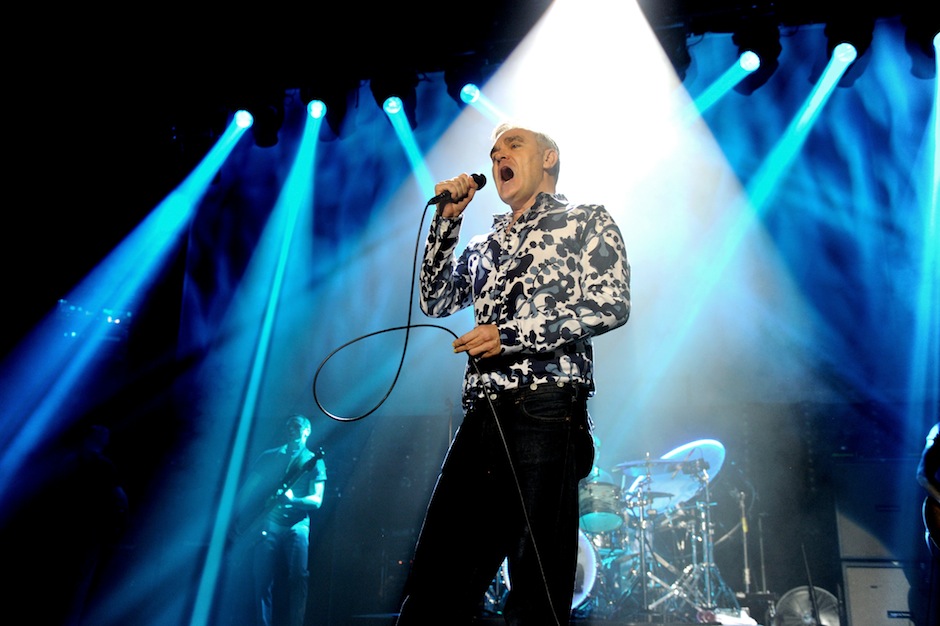 With all the extraneous noise surrounding the lead-up to Morrissey’s new solo album (the tour cancellations, the beef with indie rock bands, the supposed Twitter account, the Pam Anderson-starring music video), it’s easy enough to forget that he has an LP’s worth of actual music coming out soon. But, hey, here’s some now! Sunday night in Boston, he debuted the curiously titled “Kick the Bride Down the Aisle.”

Though neither fuzzy fan-shot concert footage, thanks to Stereogum, nor a grimy bootleg (via Consequence of Sound) is enough to convey the full magnitude of the song, there are two different recordings floating around of the new track from July 15’s World Peace is None of Your Business.

In typical Morrissey fashion, the track features some sneering, tremulous vocals and huge, dramatic guitar lines. It’s hard to make out just what he’s saying, but the delivery alone lets you know that this is classic Moz. Check out both the Soundcloud stream and a video from the Boston show below.