Jack White and Neil Young Reportedly Made a Covers Album Together

Young's Record Store Day session may have been only the beginning 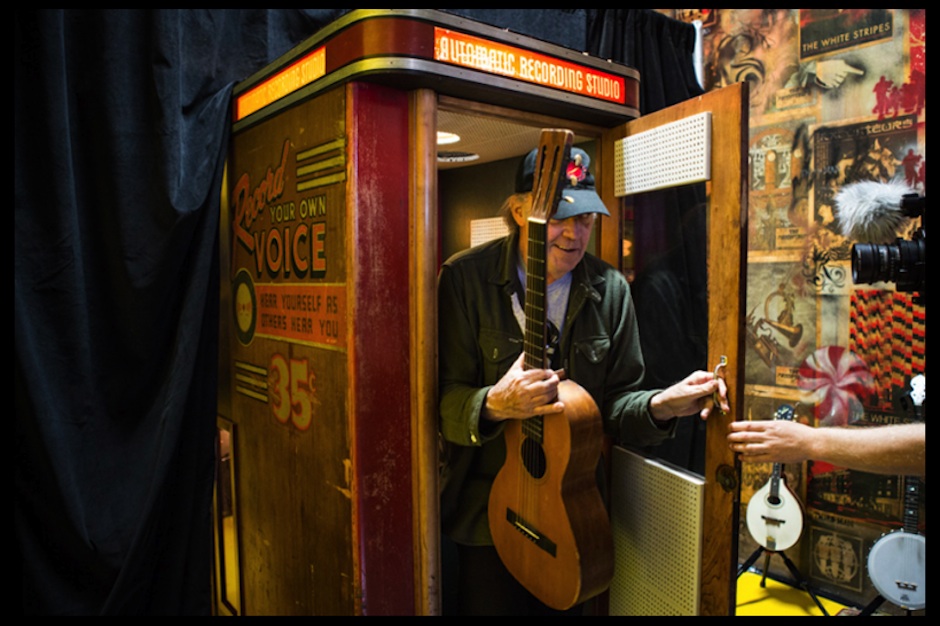 In April 2013, Third Man Records shared a photo of Neil Young using the Nashville store’s vintage recording booth. It turns out there may have been more to the image than met the eye. A no-longer-online video of Young covering Bert Jansch’s “Needle of Death” in the recording booth was screened onstage last December at a tribute concert for the late British folk pioneer. Now comes word the song might be part of a full album of covers, recorded by Young with White.

Veteran music journalist Michael Goldberg reports on his blog that an unnamed source has “confirmed” Young and White made a full-length together. That follows a report late last year on Young fansite Thrashers Wheat, which cited an unnamed source saying the album was made in White’s recording booth and consists of 12 songs. A rep for Warner Bros. Records declined to comment on the matter when contacted by SPIN.

Young certainly has the covers repertoire to pull off this type of album. In the past year, his live sets have included “Needle of Death,” Bob Dylan’s “Blowin’ in the Wind,” Phil Ochs’ “Changes,” Tim Hardin’s “Reason to Believe,” Ivory Joe Hunter’s “Since I Met You Baby,” and Gordon Lightfoot’s “Early Morning Rain.” Goldberg plausibly speculates those songs might appear on the LP.

White recently said he was finishing two albums, only one of which was his. The former White Stripes frontman was just announced as a performer at this year’s Governors Ball Music Festival. Last month, the Recording Academy said it was inducting Young’s After the Gold Rush into the Grammy Hall of Fame.

“Blowin’ in the Wind”

“Since I Met You Baby”