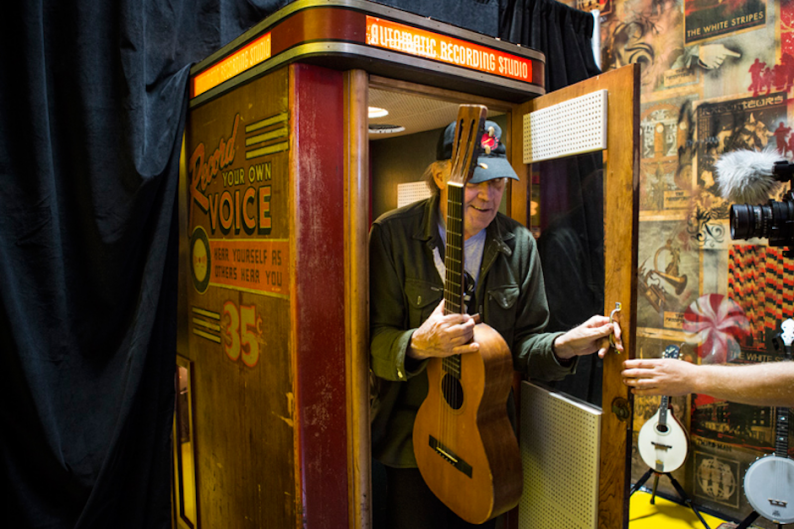 Record Store Day is to Jack White what New Year’s Eve is to Diddy. In other words, White’s Third Man Records outdid everyone else when it came to throwing a party on Saturday. This year, the Nashville record store introduced a recording booth that lets visitors cut as much as two minutes of audio onto vinyl. According to Third Man’s blog, Neil Young even took a turn in the booth. White, the official 2013 Record Store Day ambassador and, through the White Stripes’ 10th-anniversary Elephant reissue, also the day’s unofficial king, also spent some time with the refurbished 1947 Voice-o-Graph machine. The result, an appropriately rough-hewn rendition of past collaborator Loretta Lynn’s 1970 country classic “Coal Miner’s Daughter,” is below. The question, which Diddy must also face every January 1: How’s he possibly going to top himself next year?