Kendrick Lamar, After Touring With Kanye West, Will Share Bill With Eminem 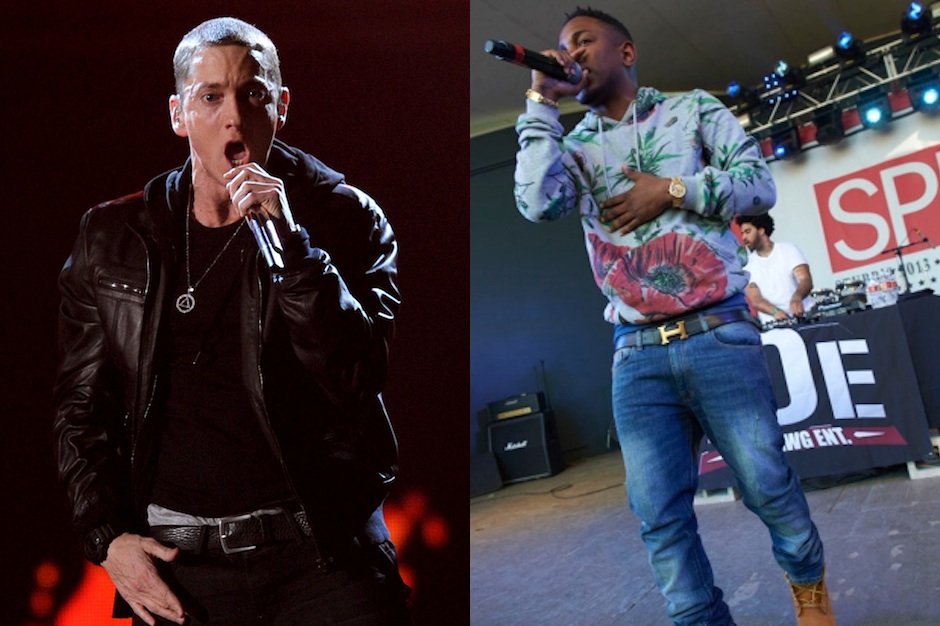 Kendrick Lamar is underscoring his recent king-of-rap boasts with the choice of company he keeps. The good kid, m.A.A.d. city MC, who in the past few weeks followed his scene-stealing “Control” guest verse with a fiery BET Hip-Hop Awards cypher, is currently on the road as part of Kanye West’s Yeezus tour. In early 2014, he’ll be heading on a trek with another rapper who’s no stranger to critical acclaim, sales, or controversy: Eminem.

As Billboard reports, Lamar will be supporting Eminem in New Zealand and Australia as part of a stadium tour dubbed “Rapture.” J. Cole will also be joining them, along with Australia’s 360 and New Zealand’s David Dallas. Only four dates are scheduled so far, but maybe even more than with Queens of the Stone Age and Nine Inch Nails’ Down Under co-headlining jaunt, we can always hold out hope they might bring the show back to the northern hemisphere.

Eminem is set to appear on Saturday Night Live on November 2, in support of November 5 album The Marshall Mathers LP 2. He recently shared the track “Rap God.” Lamar will appear on MMLP2 and he also shows up in the video for “Berzerk,” so his live shows with the real Slimy Shady won’t be their first times rap-touring together — get it? “Rap”? “Tour”? “Rapture”? Okay, so it’s not the most promising name, but still — two crowd-pleasing verbal virtuosos, onstage together at last.