Eminem Is No ‘Rap God’ on Six-Minute ‘MMLP2′ Single 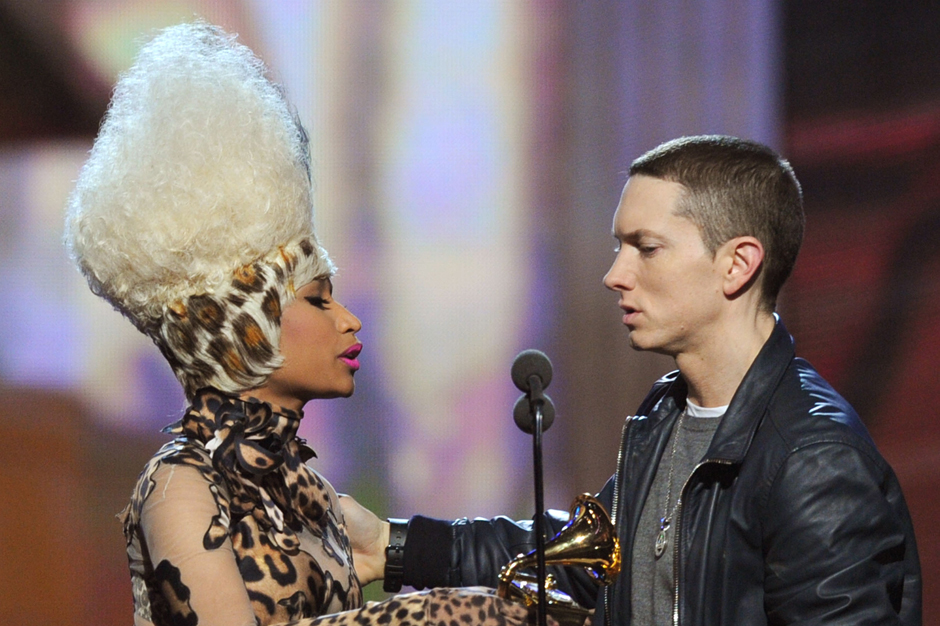 Eminem has six minutes of rap that he wants to share with you. The lengthy third song from his eighth album, The Marshall Mathers LP 2, is now on iTunes, and “Rap God” arrives at a time when the Detroit MC is hardly alone in equating his approach to his art as downright deity-like. There’s that whole Yeezus album you may have heard something about, of course. But while Kanye West makes the point that he’s bigger than any single medium — he’s a god god — Mr. Mathers seems to know where his own legacy lies: he’s great at rapping, and not necessarily much else.

That’s fine, because no one is asking him to start an art collective or bring left-field electronica into the limelight. Those who are still asking Em for anything should be pleased enough with this latest offering. Like “Berzerk” and “Survival” before it, “Rap God” features the dude aggressively rhyming his ass off, melding modern cadences with vintage battle styles, and never-gets-old fast-rap. That’s all fine and well, but amidst all of that shock-and-awe, the content is occasionally cringe-worthy. Suggesting that his competition needs maxi-pads is awfully ridiculous-sounding in 2013, as are Ray J references (no one cares), and the line, “How could I not blow? All I drop is F-bombs.”

So he raps about inducting Run-D.M.C. into the Rock and Roll Hall of Fame, identifying himself as an elder statesman (perhaps worth holy anointment) but then weirdly openly admits to not being as popular as he used to be. When Kanye roars “I am a god,” the listener knows better than to argue. When Eminem opens this song, it’s with a gussied-up whimper: “I’m beginning to feel like a rap god.”

Really, dude? Weren’t you already there in, like, 1999? As we learned last week, au courant flourishes on the retro-looking MMLP2 are coming via Rihanna, Kendrick Lamar, fun.’s Nate Ruess, and Skylar Grey. The album’s cover (and title) harks back to 2000’s The Marshall Mathers LP, with a foreclosed-upon twist. Here’s what “Rap God” sounds like: