Kanye West has officially confirmed his first solo tour in five years. ‘Ye just announced a slew of dates and revealed that Kendrick Lamar will be accompanying him on the road. (If that’s not some kind of unofficial anointment for the good kid, m.A.A.d city MC, we don’t know what is.)

The North American tour kicks off on October 19 at Seattle’s KeyArena and runs through December 7, where ‘Ye and K.Dot will take over Houston’s Toyota Center. Thankfully, Mr. West isn’t playing any other private gigs for politicians accused of human rights abuses — yeah, that happened. Tickets for most of the shows go on sale Friday, September 13, with more details available at Kanye’s official website. Another as-yet-unannounced “special guest” will take the stage at select performances.

West didn’t tour on the back of his 2010 masterpiece, My Beautiful Dark Twisted Fantasy, but he did share a massive double-billing with Jay Z in solidarity with their 2011 collaborative LP, Watch the Throne. We already knew that ‘Ye would trek out in support of his latest album, the endlessly fascinating Yeezus, thanks to a quick confirmation from longtime collaborator Mike Dean (who will also reportedly be part of the touring band), but now we have word from the man himself. Scroll down for dates, followed by the promotional poster for Kanye’s can’t-come-soon-enough Yeezus tour. 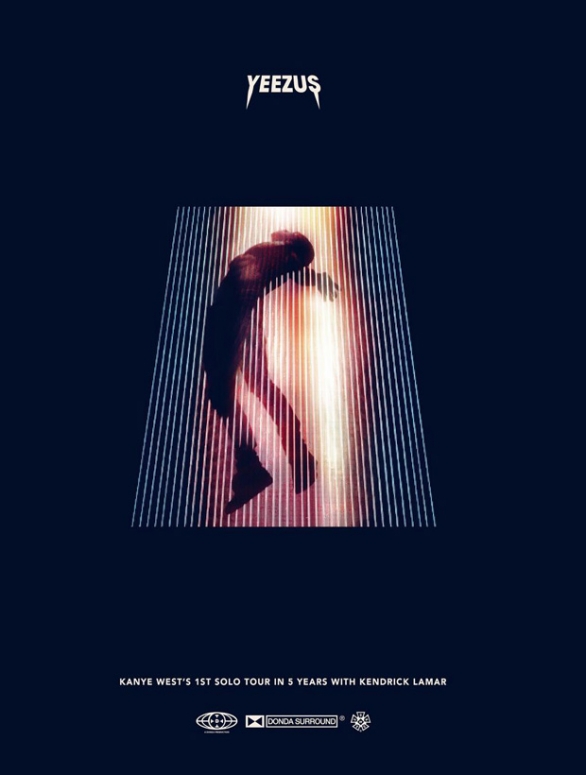