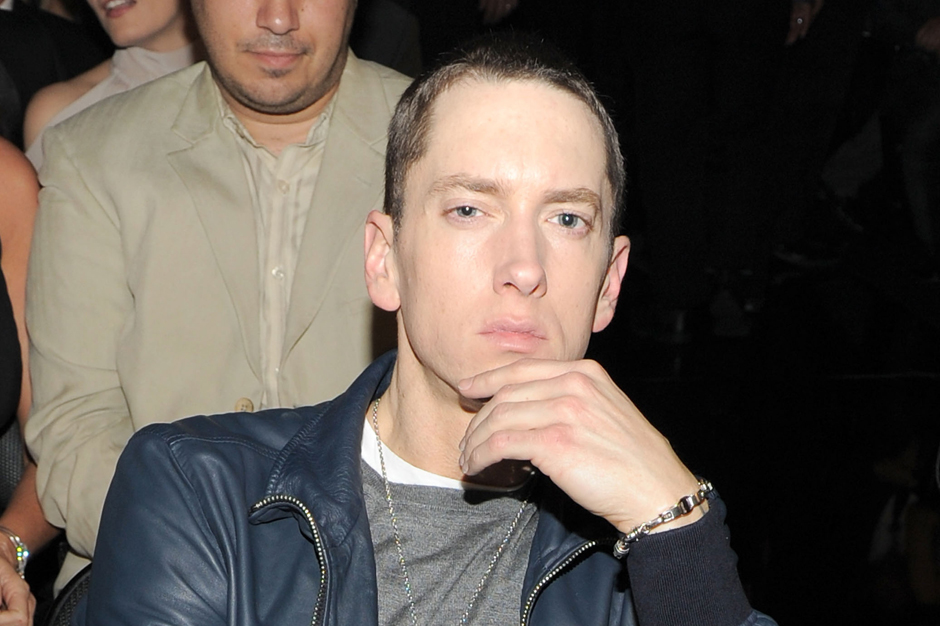 Eminem has released the track list for his highly anticipated new album Marshall Mathers LP 2, due out November 5. So far we’ve received videos for the hard-rhyming “Survival” and noise-rap platter “Berzerk” — both showcases for Em’s solo strength. Now the Detroit-reared MC icon reveals his collaborators along with the back cover of the album and the names of the remaining songs. As it turns out, he’ll be joined by his “Love the Way You Lie” partner Rihanna, plus Kendrick Lamar (who appears in the “Berzerk” clip), fun. main brain Nate Ruess (he of recent-ish hits by Ellie Goulding, Pink, and Ke$ha), and also Skylar Grey. The executive producers ar Dr. Dre and Rick Rubin — no surprises there — and the artwork is plays off of the status of his foreclosed-upon childhood home. Check out the sadly small art below, and the tracks beneath it. 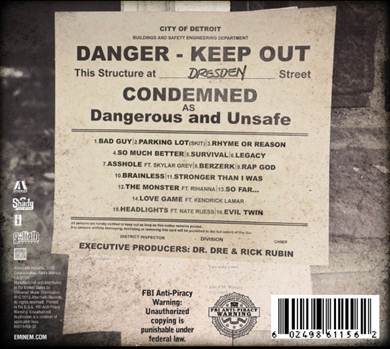