Will Neil Young’s Pono Save Music Next Year? Believe It When You Hear It

Shakey's digital music service is set for early 2014 launch, but as for details, it's a weak harvest 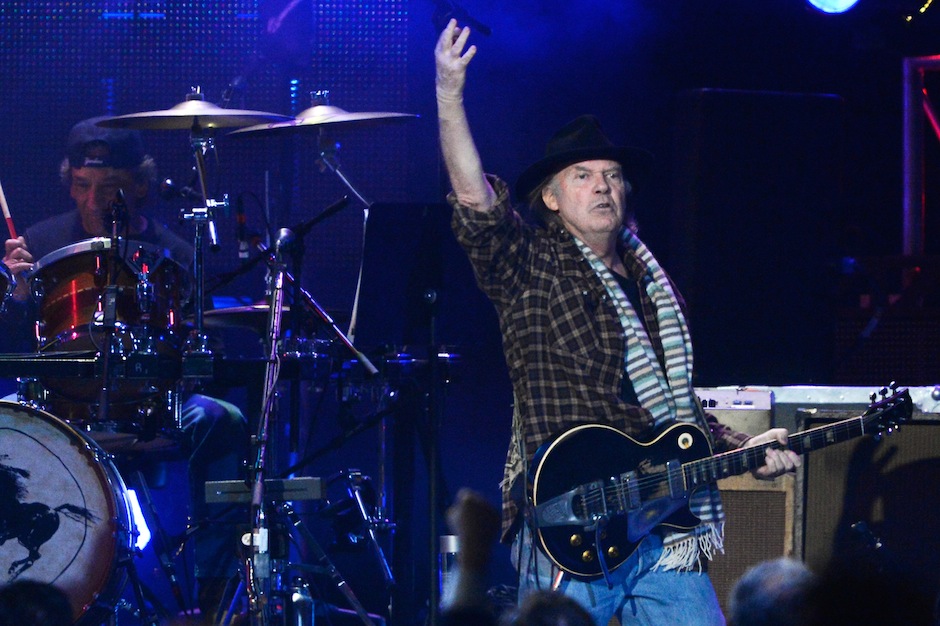 The price of downloading rock in the free world, it seems, is patience. Neil Young’s Pono now has a launch date, but that’s still about the only meaningful detail we have about the long-gestating digital music service.

Pono is coming in early 2014, Young wrote in a Facebook post earlier this week, as he described the service’s virtues in rapturous, lyrical prose. What’s still unclear after more than two years is how, specifically, Pono improves upon existing music services, how it will compete with the growing music-streaming business, and why exactly people should buy music again they might already own in multiple formats.

“All of us at Team Pono have been focused on getting everything right for our early 2014 launch of Pono,” Young wrote. “The simplest way to describe what we’ve accomplished is that we’ve liberated the music of the artist from the digital file and restored it to its original artistic quality — as it was in the studio. So it has primal power.” He continued, “Hearing Pono for the first time is like that first blast of daylight when you leave a movie theater on a sun-filled day.”

Pono’s offerings, Young wrote, will include a portable player and online music library. The process starts with artist-approved studio masters, and audiophile equipment giant Meridian will help Pono’s team “unlock the richness of the artist’s music to you.”

Meridian isn’t Young’s only collaborator in this venture. As Rolling Stone reports, Pono has already inked an agreement with Warner Music Group. As of 2012, it also reportedly had the attention of Universal Music Group and Sony Music. Not exactly minor players.

Still, Pono has been floating around for a while now. Young lyrically name-checked Pono on his album last year with Crazy Horse, Psychedelic Pill. He filed trademark papers for a high-resolution audio alternative to MP3s as long ago as June 2011.

Almost a year ago, Young announced he was expanding Pono. At the time, Red Hot Chili Peppers and Atoms for Peace bassist Flea told RS: “It’s not like some vague thing that you need dogs’ ears to hear. It’s a drastic difference.” My Morning Jacket’s Jim James, however, struck a more cautious note, reportedly observing: “I’ve already bought Aretha Franklin’s ‘Respect’ a lot of times. Do I have to buy it again?” Around the same time, Young also demonstrated the Pono portable player on Late Show With David Letterman.

Pono also arrives amid changes in the ever-growing streaming industry. Daisy, Nine Inch Nails frontman Trent Reznor’s project with Jimmy Iovine’s Beats for Dre, has been touted for a late-2013 launch. Apple’s iTunes Radio is also reportedly imminent. Then there’s the ongoing growth of vinyl sales, and the fact that this weekend brings an event called International Cassette Store Day.

When it comes to music formats, Young isn’t a lonely boy out on the weekend. There are plenty of others “trying to make it pay.” Could there be there room for them all? Sure. But hearing will be believing.

To everyone who loves music –

I’m very happy to bring you some good news. All of us at Team PONO have been focused on getting everything right for our early 2014 launch of Pono.

The simplest way to describe what we’ve accomplished is that we’ve liberated the music of the artist from the digital file and restored it to its original artistic quality – as it was in the studio. So it has primal power.

Hearing PONO for the first time is like that first blast of daylight when you leave a movie theater on a sun-filled day. It takes you a second to adjust. Then you enter a bright reality, of wonderfully rendered detail.

This music moves you. So you can feel. That’s why so many musicians are behind PonoMusic – this is important work that honors their art. This is the way they wanted you to hear their music.

PONO starts at the source: artist-approved studio masters we’ve been given special access to. Then we work with our brilliant partners at Meridian to unlock the richness of the artist’s music to you. There is nothing like hearing this music – and we are working hard to make that experience available to all music lovers, soon.

Our mission is also to make PONO just as accessible as any music you buy and listen to today. So we’ll be launching both the PONO portable player – an updated version of the one I showed on David Letterman’s program – and an online library, with all your favorite music available in PonoMusic quality. Everything you need to feel music anew.

Stay tuned for more updates. And be sure to follow us on Facebook and Twitter for the latest information. We hope you’ll try PONO when it comes your way, and that it brings you the soul of music.

Yours, for PonoMusic –
Neil Young