Kings of Leon Strip Out the Synths, Keep the Passion in Robyn’s ‘Dancing on My Own’ 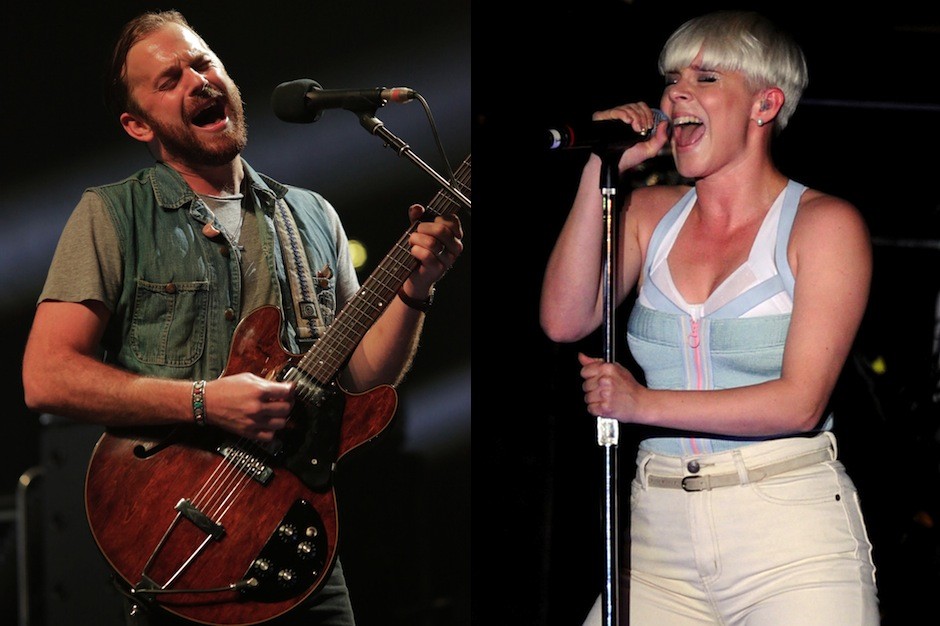 Robyn’s “Dancing on My Own” is, on its most literal level, a song about looking on while someone’s love interest goes home from the dance with somebody else. Forgive the obviousness, but it can also clearly be a song about a gifted, wildly entertaining pop singer who keeps doing her own forward-thinking thang, while millions of record buyers instead cop tracks by various Miss Whatsernames. It’s no coincidence the “dancing on my own” image keeps popping up in songs by left-of-center pop singers, most recently in Jessie Ware’s 2012 electro-R&B gem “110%.”

It’s a strangely perfect song for Kings of Leon, who on one hand are famous for big-room pop-rock power ballads just about this emotionally welcoming, but who at the same time have a deeply conflicted relationship with mainstream success. When BBC Radio 1’s Zane Lowe wasn’t airing interview snippets from Arcade Fire’s Win Butler on the show’s latest episode, he hosted a live session from the Followill brothers and co., where they gave a disarmingly effective cover of the 2010 Body Talk highlight.

Just as Paramore’s 2009 BBC cover of KoL’s “Use Somebody” helped bring out the smart songwriting beneath the gruff radio-overplay victim, so the Mechanical Bull riders recast this synth-pop heartbreaker as earnest heartland rock. Robyn, who has played Saturday Night Live and enjoyed a boost from HBO’s Girls but still remains stubbornly overlooked, could use the extra shine. It flatters the Tennessee band, too.