Who Charted? Eminem, Big Sean, and Juicy J Score for Rap but Avenged Sevenfold Beats All 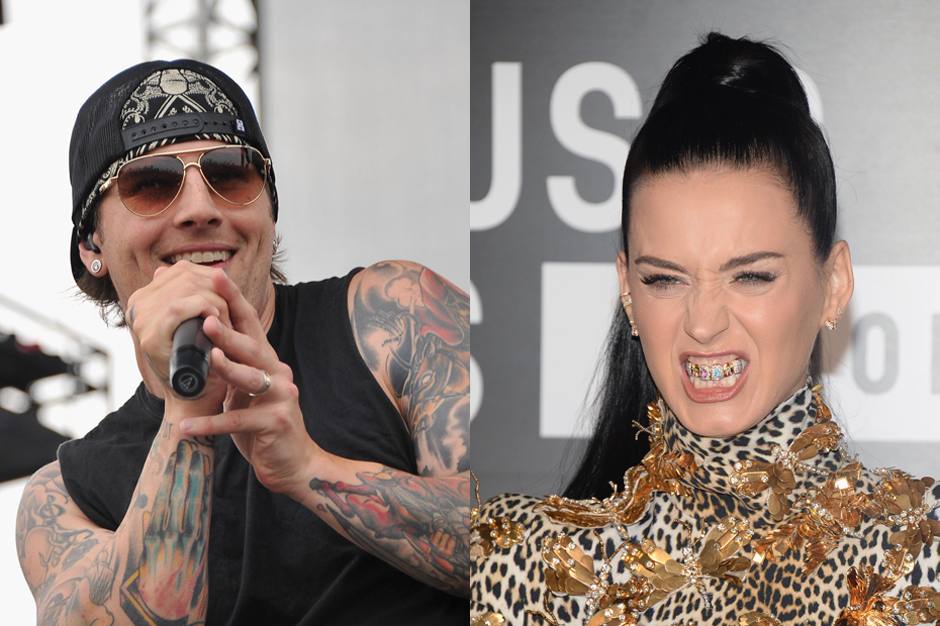 First! Save your exclamation points — it’s Avenged Sevenfold with Hail to the King and 159,000 copies sold according to Nielsen SoundScan, though we have our doubts. Nay, the fix is not in … just turns out America as a collective entity has terrible taste (surprise!). As another Billboard 200 chart-topper once suggested, we try to not stop believing, but it gets tough. Maybe one day A7F will too become the stuff of novelty karaoke jams. That’s the next stop for Disturbed’s “Down With the Sickness,” right? Sigh. When Deafheaven hit No. 1, we’ll eat our collective hat.

2 to 10: We can thank those Huntington Beach metalbros for pushing Nashville countrybro Luke Bryan down to No. 2, though. Crash My Party holds strong with another 92K sold and a Country Albums No. 1. Far more heartening are the No. 3 and 4 slots, which go to Big Sean’s better-than-you-thought Hall of Fame (72K) and Juicy J’s surprisingly consistent Stay Trippy (64K). Robin Thicke receives a lil MTV VMA bump (preceded by a twerk), nudging Blurred Lines up to No. 5 from No. 6 with a 10 percent sales gain (55K). But the bigger awards ceremony victory goes to the man’s (theoretical) rival, Justin Timberlake. The 20/20 Experience, released all the way back in March, leaps from No. 22 to No. 6 and posts a 148 percent increase. John Mayer’s Paradise Valley dips down to No. 7 (36K); the Alabama & Friends tribute collection debuts at No. 8 (30K); Bruno Mars’ Unorthodox Jukebox rises from No. 18 to No. 9 (27K); and R&B supergroup TGT close us out with Three Kings at No. 10 (27K).

Eye of the Tiger: Really though, Katy Perry’s got it. Her “Roar” at last knocked Thicke’s “Blurred Lines” out of the box, nabbing the No. 1 song spot on the Hot 100. She also continues to leave Lady Gaga in the dust (the latter’s “Applause” single debuted the same week) and, well, Miley who? The siren known as Cyrus sold a few more singles than in the week leading up to the Video Music Awards, but neither of her current hits made the top 10. That answers that question.

Gone Berzerk: Yup, another contender whose own lyrics make our job easy. Eminem blazes a strong path onto the Hot 100 with “Berzerk” coming in as the second-biggest seller this week (362K) and debuting at No. 2 on the Hot 100. Yup. Guess who’s back?