Katy Perry Goes Full-On ‘Rocky’ for ‘Roar,’ but Can’t Save Her Truck From Drunk Drivers 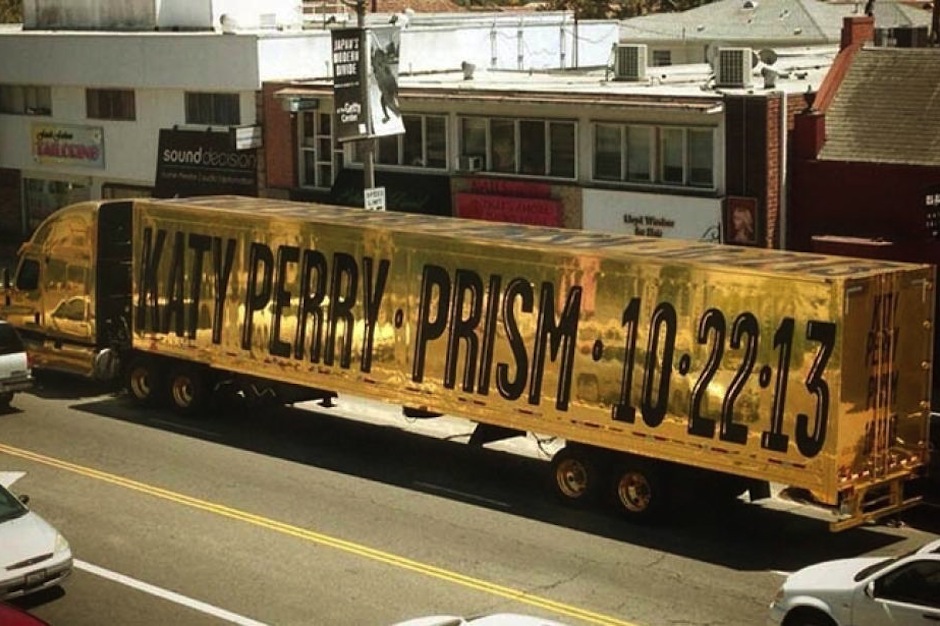 Katy Perry has released a song about overcoming adversity at a time when one of the trucks she has used to promote her upcoming album experienced its own fair share.

“Roar,” the first advance track from the singer’s October 22 LP Prism, name-checks Survivor’s Rocky anthem “Eye of the Tiger,” and you can almost see the sports-themed montages its mix of motivational clichés and power-ballad bombast will inevitably accompany (we’ll get back to the game, right after these messages from our sponsors).

Meanwhile, according to TMZ, one of the gold-painted 18-wheeler trucks Perry has sent out to announce her new album was hit by a semi in the parking lot of a Pennsylvania Walmart. The semi’s driver tried to flee but returned to the scene, where he was arrested for DUI. To judge by the song, the 18-wheeler will be floating like a butterfly, stinging like a bee, earning its stripes, going from zero to its own hero, brushing off the dust, and getting back up in no time at all. Just a truck and its will to survive!

Perry, along with Frank Ocean, will guest on John Mayer’s August 20 album Paradise Valley. Perry also made a recent Lady Gaga-led list of the top-earning famous people younger than 30. And then there was that time she sang “Beast of Burden” with the Rolling Stones.