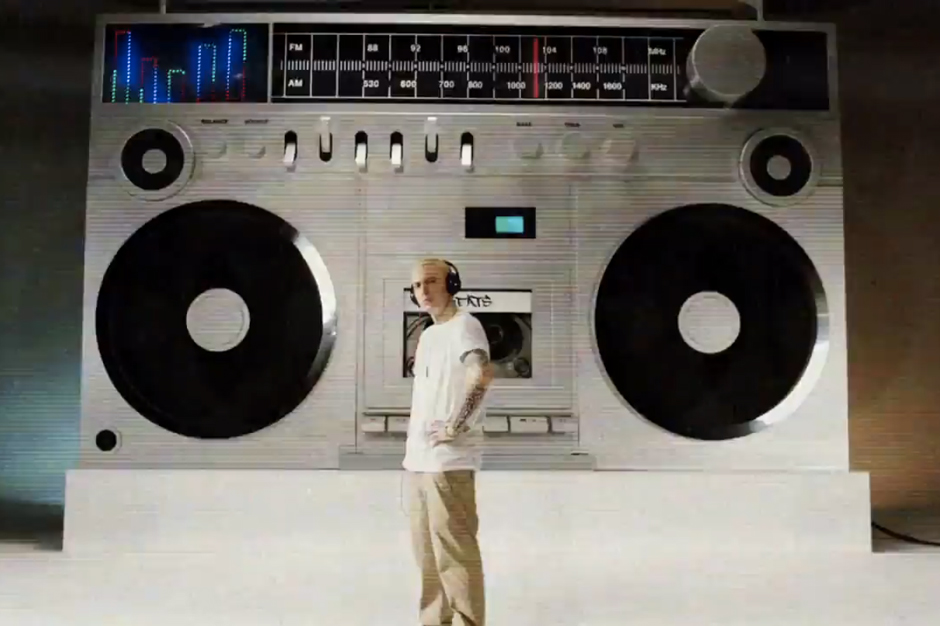 On Sunday night, Eminem announced the details of his eighth album, The Marshall Mathers LP 2, via a pair of MTV VMA commercials.

Those ads included select noise from the November 5 set’s first proper single “Berzerk,” revealing a hard-edged sound hearkening back to the Beastie Boys’ early ’90s output. (The second clip also included a visual shout-out to the “So What’cha Want” video.) In a bout of fired-up extreme yelping, Eminem puckishly announced his intent: “Let’s take it back to straight hip-hop and start it from scratch / I’m bout to bloody this jack up so everybody get back / That’s why my pen needs a pad ’cause my rhymes’ on the raaaaaaag.”

This evening, the Detroit rap star premiered the full version of “Berzerk” on his SiriusXM channel Shade45. “Life’s too short to not go for broke,” he kinda-sorta sings on the clanging hook, which advises listeners to “grow your beard out, just weird out.” The song vacillates between minimal guitar-assisted beats the likes of which Rick Rubin (MMLP2 executive co-producer) once specialized, and synth-jacked G-Funk that beard the touch of Dr. Dre (the other co-producer). Stream it below, MC Ren shout-out (“And I don’t mean Stimpy’s friend”), Billy Squier sample, and all.