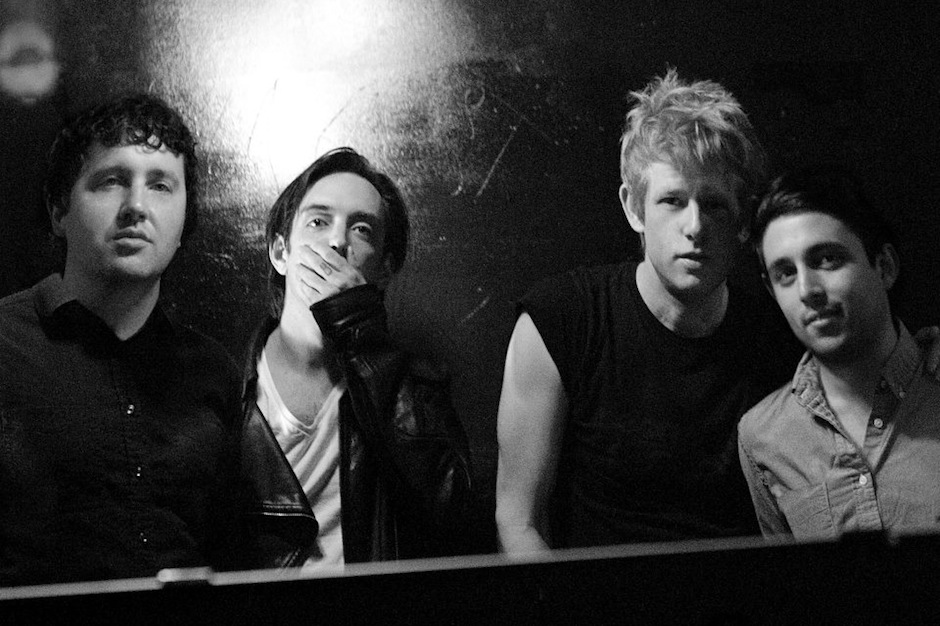 Divine Fits’ sharply sculpted new single will be available physically next week, and now its two songs are freely streaming, too, accompanied by approriately intense, nostalgia-tinged visuals. “Ain’t That the Way” and “Chained to Love” will be available as a double A-side vinyl 12-inch single on July 23 via Merge. The tracks came out digitally last month, and the group co-fronted by Britt Daniel and Dan Boeckner performed a medley of the songs on Conan. We’ve previously described the Boeckner-led “Chained to Love” as “an uptempo song with bristling guitar and a pounding rhythm section,” and Daniel-led “Ain’t That the Way” as “all muscular chords and clipped, terse ferocity.” Both are more of the punchy, streamlined excellence we’ve come to expect after last year’s A Thing Called Divine Fits, and now you can watch them, with lyrics, below.