"Chained to Love" and "Ain't the Way" are out digitally 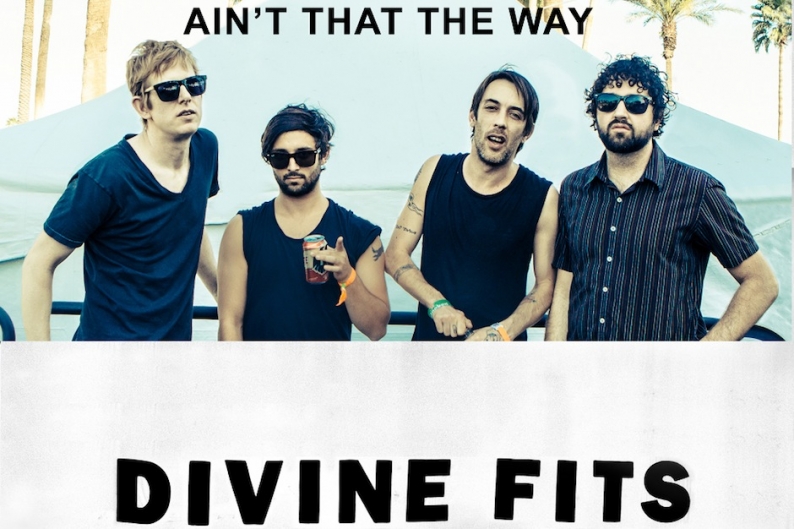 Earlier this year during South by Southwest, Divine Fits debuted an impressive, hard-charging new song. Spoon’s Britt Daniel, who shares lead vocal duties in the group with Dan Boeckner (Wolf Parade, Handsome Furs), then told SPIN the song, a Boeckner-led number titled “Chained to Love,” would be part of a single with Daniel-sung “Ain’t That the Way.” Daniel said the single would be out digitally first and then on vinyl. (See Britt Daniel on Divine Fits, Spoon’s Next LP, and Hating Axl Rose.)

Well, “Chained to Love” and “Ain’t That the Way” are available now via iTunes and Amazon. The double A-sided single is due out in 12-inch vinyl form on July 23 via Merge. The studio version of “Chained to Love” brings welcome clarity to the earlier audience live recording and adds an unexpectedly lush, orchestral mien, while previously unheard “Ain’t That the Way” is all muscular chords and clipped, terse ferocity. If, as SPIN’s …Like Clockwork reviewer Michael Tedder argues, Queens of the Stone Age’s genius was in trying to be not the Heaviest Group on the Planet, but the Sexiest Heavy Group on the Planet, Divine Fits have wisely staked out a similar space within the realm of post-punk indie rock. Which — har har, wise guys — isn’t as easy as it sounds.

In any event, Divine Fits are set to perform tonight on Conan, which airs at 11 p.m. EST/10 p.m. CST on TBS. While Daniel has said the Divine Fits will make another record eventually, next up for him is a new, in-the-works Spoon album. He told SPIN that what Spoon had so far as of late March was “slightly more R&B” than 2010’s underappreciated Transference.

One of the other guests on tonight’s show is Nick Offerman, better known as Parks and Recreation’s Ron Swanson — who we’d suspect might have a sage rumination or two about last year’s excellent A Thing Called Divine Fits if we didn’t also suspect his character would go out of his way not to hear any new music whatsoever.