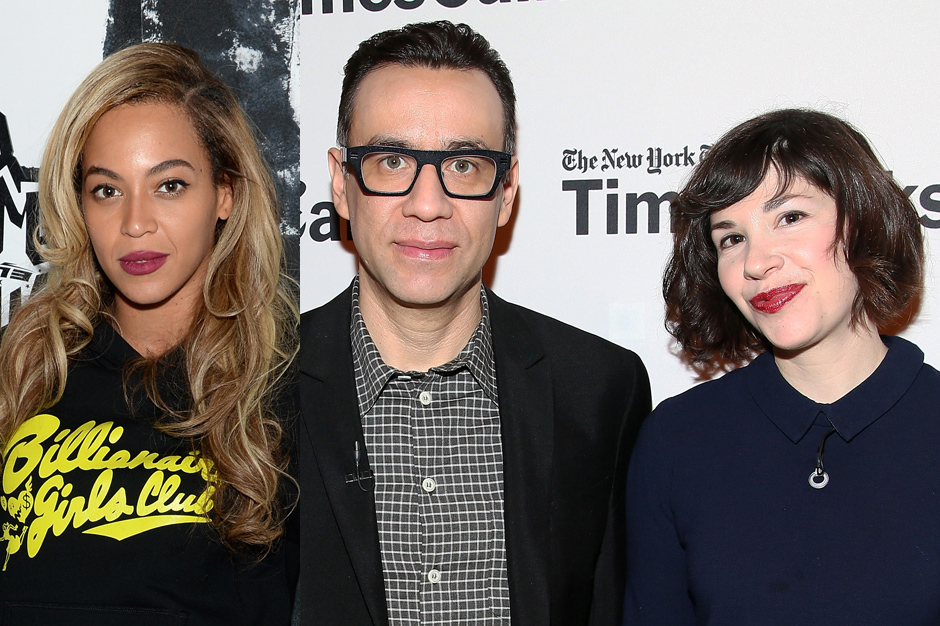 The 2013 Primetime Emmy nominations are in and Beyoncé has nabbed three nods for her Super Bowl XLVII spectacular. Not only did Mrs. Carter draw the second-largest halftime ratings in history and (we’d like to think) cause New Orleans’ Superdome to short out following a electrifying Destiny’s Child reunion, she drew the faithfully leering stare of the Creepy Male Gaze (via Bob Lefsetz) and was significantly slut-shamed by puritanical Americans the nation over.

If that’s not the stuff of Emmys victories, we don’t know what is. Unfortunately, the folks behind the ceremony aren’t interested in our submissions for award categories. They’ve got their own (boring) ideas: “Outstanding Special Class — Short-Format Live-Action Entertainment Program,” “Outstanding Lighting Design/Lighting Direction for a Variety Special,” and “Outstanding Technical Direction, Camerawork, Video Control For A Miniseries, Movie or a Special.”

Queen Bey’s Life Is but a Dream HBO special was passed over, as Idolator points out, but Portlandia is up for “Outstanding Writing for a Variety Series,” which means our pals Fred Armisen and Carrie Brownstein are among the nominees.