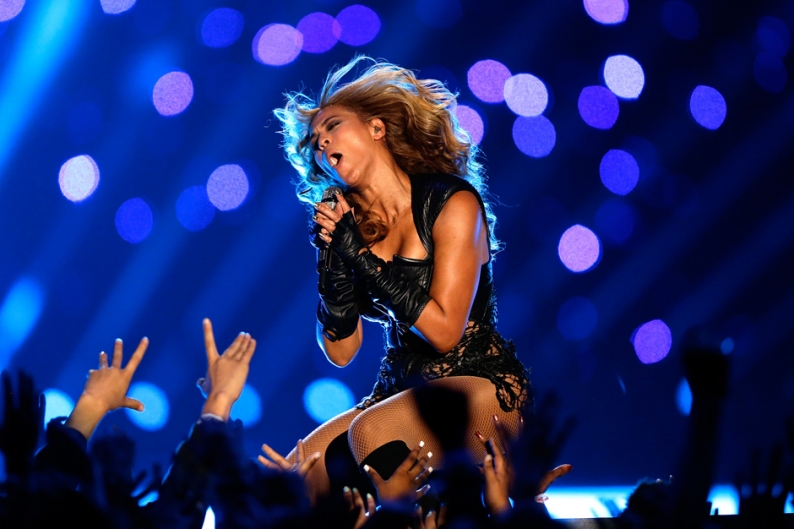 Now, according to Nielsen, via Billboard, Bey is on target to have scored the second-most watched halftime show in history with an estimated average of 104 million viewers tuning in. The game itself drew 108.41 million pairs of eyes, though we’re guessing they were about 80 percent less leering. Madonna still holds the halftime record at 112.4 million, while Bruce Springsteen is in third with 95.7 million.

Mrs. Carter also picked up another distinction with her 15-minute performance, though it was perhaps a much easier feat: She pissed off PETA, according to the NY Daily News. It seems that “tight leather bodice” we noticed on Sunday is a Rubin Singer design that features regular old leather in addition to python skin and “paneled iguana.” Let it be known that Beyoncé is not a friend of the lizard kingdom.

“We would take a bet that if Beyoncé watched our video exposés, she’d probably not want to be seen again in anything made of snakes, lizards, rabbits or other animals who died painfully,” said PETA, who also took her to task for wearing a whole lotta Christian Dior mink to the inauguration. “Today’s fashions are trending toward humane vegan options, and Beyoncé’s Super Bowl outfit missed the mark on that score.”

But hey, Puppy Bowl IX saw a massive viewership spike (12.4 million) thanks in part to the power outage that Bey did/didn’t cause, so that’s got to count for something, right?