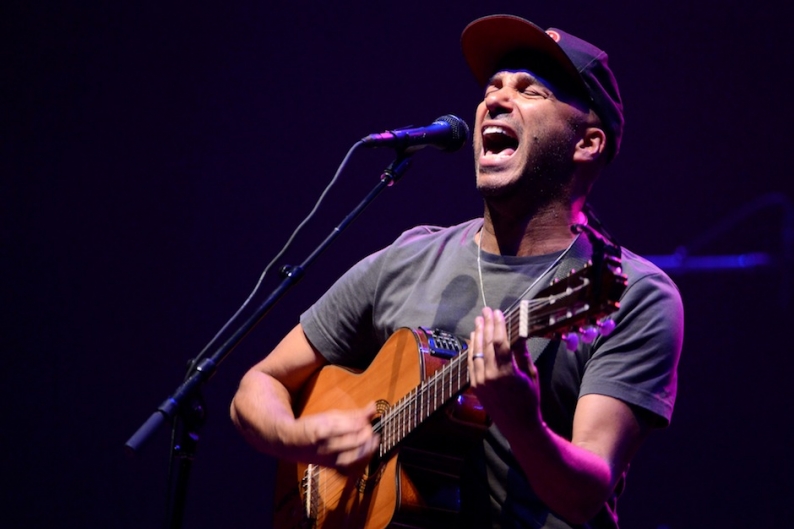 As Rage Against the Machine’s self-titled debut turns 20 years old, it follows a year after a little record called Nevermind reached the same milestone. In an interview with Rolling Stone, Tom Morello describes hearing Nirvana for the first time. He says bassist Tim Commerford played them at an early Rage rehearsal.

“They cranked that thing in the truck, and we listened to ‘Smells Like Teen Spirit,’ like, 15 times,” Morello recalls. “I mean, now it’s a song and a band and a record that is oversaturated in a way that I don’t know that I’m ever going to get off on ‘Smells Like Teen Spirit’ again. But I remember that first night, very clearly, those guys cranking it up. We were moshing around in the parking lot of our rehearsal space.”

Morello has already said Rage wouldn’t be reuniting for new material, bucking the trend set by the influential bands from Soundgarden to Black Sabbath. In the Rolling Stone interview, he won’t rule out the possibility that the band might never play live again, either. “Whether or not we ever play music again in any capacity is unknown,” Morello’s quoted as saying. But he won’t close the door on playing again either, adding later, “Every show we’ve ever played might’ve been the last.”

Rage’s reissued and remastered debut, titled Rage Against the Machine XX, came out last month, with demos and B-sides in the deluxe edition. Listen to the “Mindset’s a Threat” demo here.

And don’t miss our other Nirvana coverage:
What Nirvana’s Nevermind Means to Me
Kurt Cobain: Anniversary Scrapbook
True or False? 8 Myths About Nirvana’s ‘Nevermind’
The Rap on Kurt: Hood Pass 4 Life
How the Nevermind Boy Was Almost a Girl