The park at the corner of 23rd Avenue and G Street in the Vedado section of Havana isn’t much to look at by the standards of fading, crumbling glory that prevail in Cuba’s capital city. In fact, it’s less a park than a median that bisects the wide expanse of G Street: some patches of green grass, a few paved walkways, and maybe a half-dozen benches, all within about 100 square feet. 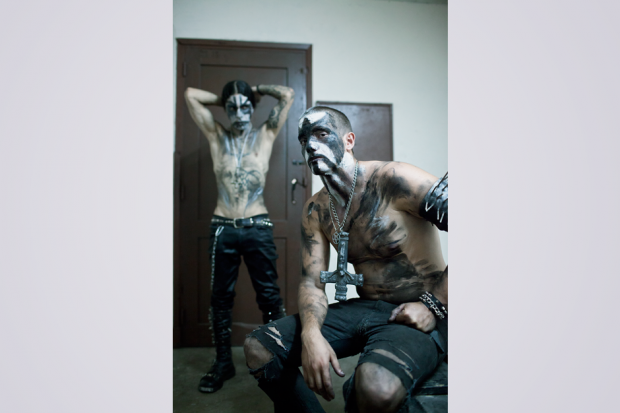 At 1 a.m. on a warm, windy Friday night in mid-March, the park is a sea of long, dark hair and black concert T-shirts — Slayer, Bathory, Gorgoroth, Megadeth. I’ve been led here by Amed “Helheim” Olivares, frontman for Abaddon, a young band that, hours earlier, had played a relentless, assaultive 45-minute set at an Art Deco cinema a few blocks away during the first night of the third annual 666 Fest, a weekend-long celebration of Cuban black metal. After wiping the corpse paint from his face and the black, upside-down cross from his arm, and stowing the nail-studded armband he wore onstage, Olivares finds me outside after the show. He claps me on the shoulder and smiles widely.

“For metal in Cuba, you have to see G Street,” he says.

Metalheads have been hanging out on this unremarkable corner most weekend nights since the mid-’90s. Nobody seems to know why they chose this location, but whiling away the nighttime hours outside, hanging with like-minded comrades, is common in Havana. It’s too expensive to frequent bars or clubs, so on Friday and Saturday nights at spots like this, packs of the young and sometimes not-so-young can be seen sharing a few communal bottles of rum, doing not very much.

Almost all of the hundred or so gathered tonight came from the festival, and while they look somewhat intimidating from afar, it’s just an illusion. People here are friendly, quick to pass the rum, and, with the exception of one heavily inebriated man who keeps dropping his shorts and exposing himself, well-behaved.

The 666 Fest isn’t Cuba’s biggest metal festival — tonight’s show drew approximately 200 people; tomorrow night, there will be a few more than that — but its very existence is rather shocking. In a country ruled for more than 50 years by an authoritarian Communist regime known for its intolerance of free expression and resistance to anything that stinks of imperialist capitalist yanquis heavy metal has taken hold over the past two decades in a major way. While its audience is dwarfed by that for salsa or reggaeton, its stylistic leanings and brash, antisocial attitude are eye-opening. Metal here is almost uniformly deafening, punishing, and brutally aggressive. As Michel Hernández, frontman for a popular thrash-metal outfit called Chlover, puts it, “We don’t listen to Bon Jovi here.”

Joel Kaos, one of the festival’s organizers, is a surprisingly cheery guy who plays bass in Ancestor, an anarchic, thunderous black-metal band which is headlining Saturday’s show. “You need extreme music to match your extreme life,” he says, drawing a direct cause and effect. “You find harder metal in countries that are more oppressed. We have something to scream about.”

That this scene is blossoming seems to indicate an opening up of what has long been the Western Hemisphere’s most repressive society. But like everything in Cuba, the reality is more complicated: A combination of onerous travel restrictions and dire economic conditions means that for most Cubans — and most Cuban metal bands — it’s extremely difficult, if not impossible, to ever leave the island. 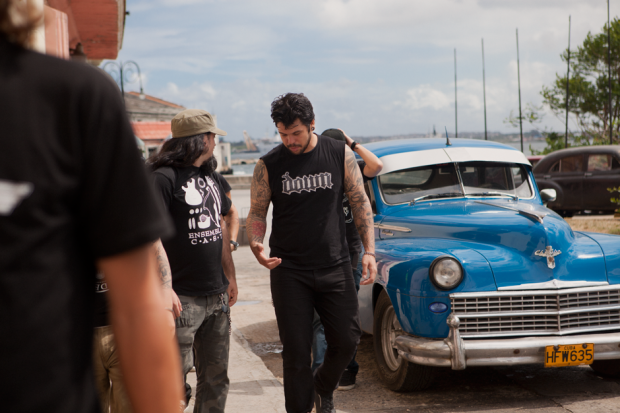 And at a time when uprisings against autocratic regimes throughout the Middle East are being fueled by Facebook, Twitter, and other social media, most Cubans have never even used the Internet. Access is restricted to those authorized specifically by the regime, and even people who manage to get online, legally or illegally (often at great personal expense), must cope with governmental monitoring and slow dial-up connections (broadband and Wi-Fi are all but nonexistent). The more interconnected the world becomes, the more pronounced this island’s isolation feels, and the further it’s left behind. While the rest of the globe is undergoing once-in-a-generation political and social changes, Cuba is in many ways conforming to the cliché perpetuated by its beautifully collapsing old-world architecture and the 1950s-era automobiles that rule its streets: It’s frozen in time.