Hayley Williams & co. unplug for the final installment of their year-ending singles club 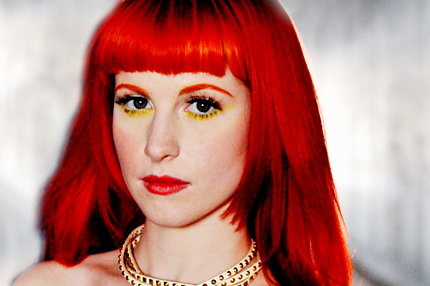 Paramore take one step further out from underneath any pop-punk genre restrictions on new single “In the Mourning,” the third and final entry in the Tennessee rockers’ year-ending singles club. Of course, the Coldplay-circa-Parachutes strums of Brand New Eyes standout “The Only Exception” already reinforced Paramore’s uniqueness among their more straightforward peers. And that hit song definitely isn’t the only exception, even less so with the arrival of this “Landslide”-esque ballad.

“In the Mourning” follows blistering anthems “Renegade” and “Hello Cold World” as the third new song from Paramore’s single club, which also includes the group’s Transformers: Dark Side of the Moon soundtrack entry “Monster.” The latest tune sends Paramore, now a trio of Williams, York, and Jeremy Davis, into the new year — and, potentially, a new album — with no limitations. “Now it seems like the whole world’s waiting,” Williams sings. In the meantime, read up on her favorite things here.